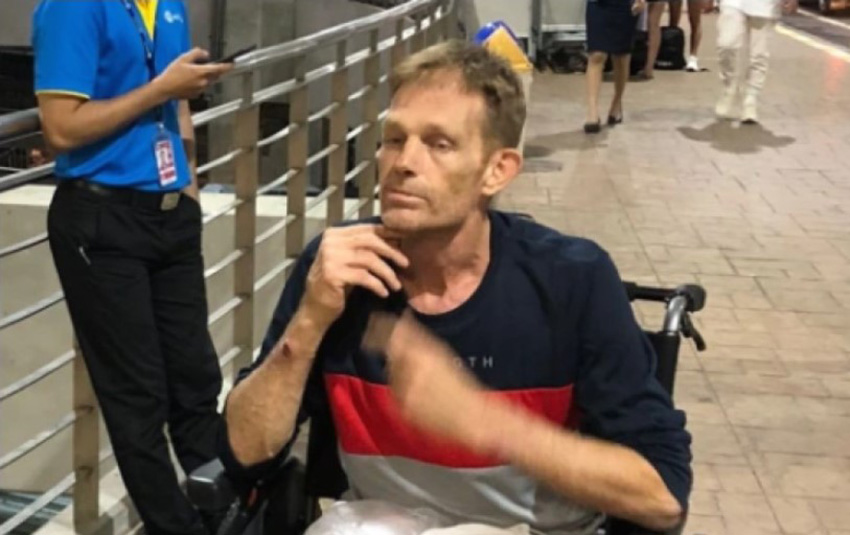 A British man has made a series of allegations against Patong Police, claiming he was tortured while in custody. The story has been reported in a number of foreign news outlets, in which the man has been named as 51 year old Carl Gentry-Evans.

According to a First Post report detailing the allegations, Mr Evans was holidaying on the island when he had his drink spiked by an alleged criminal gang. He alleges the gang then beat him up and stole his bank cards.

The details become unclear after that as it appears Mr Evans spent the following 48 hours in some kind of “delirium”. When he recovered, he claims he noticed a number of purchases had been made using his bank cards and that he’d lost nearly UK £7,000.

Mr Evans says he was walking back to his accommodation in Patong when he was intercepted by the police and ended up in custody. He says he was put in a police van and alleges that while being driven to jail, 4 officers assaulted him using “metal sticks”. Mr Evans also alleges that the chief of police punched him in the face.

The shocking – and somewhat bizarre – allegations continue, including being left without food or water, refused help and beaten for hours.

“They shackled me so tightly that the circulation in my arms was cut off. They put chains around my neck and attached it to either side of the jail.”

Mr Evans claims he remained in custody for 7 days and that the police laughed when he asked for the British Embassy to be contacted. He says he was eventually given permission to contact his sister in New Zealand, who contacted the embassy and sent her brother money to cover his release and medical treatment.

The report goes on to say that following his release, Mr Evans contacted the British Embassy but claims “they did not offer much help”.

It’s understood Mr Evans has now left Thailand and was not officially charged.