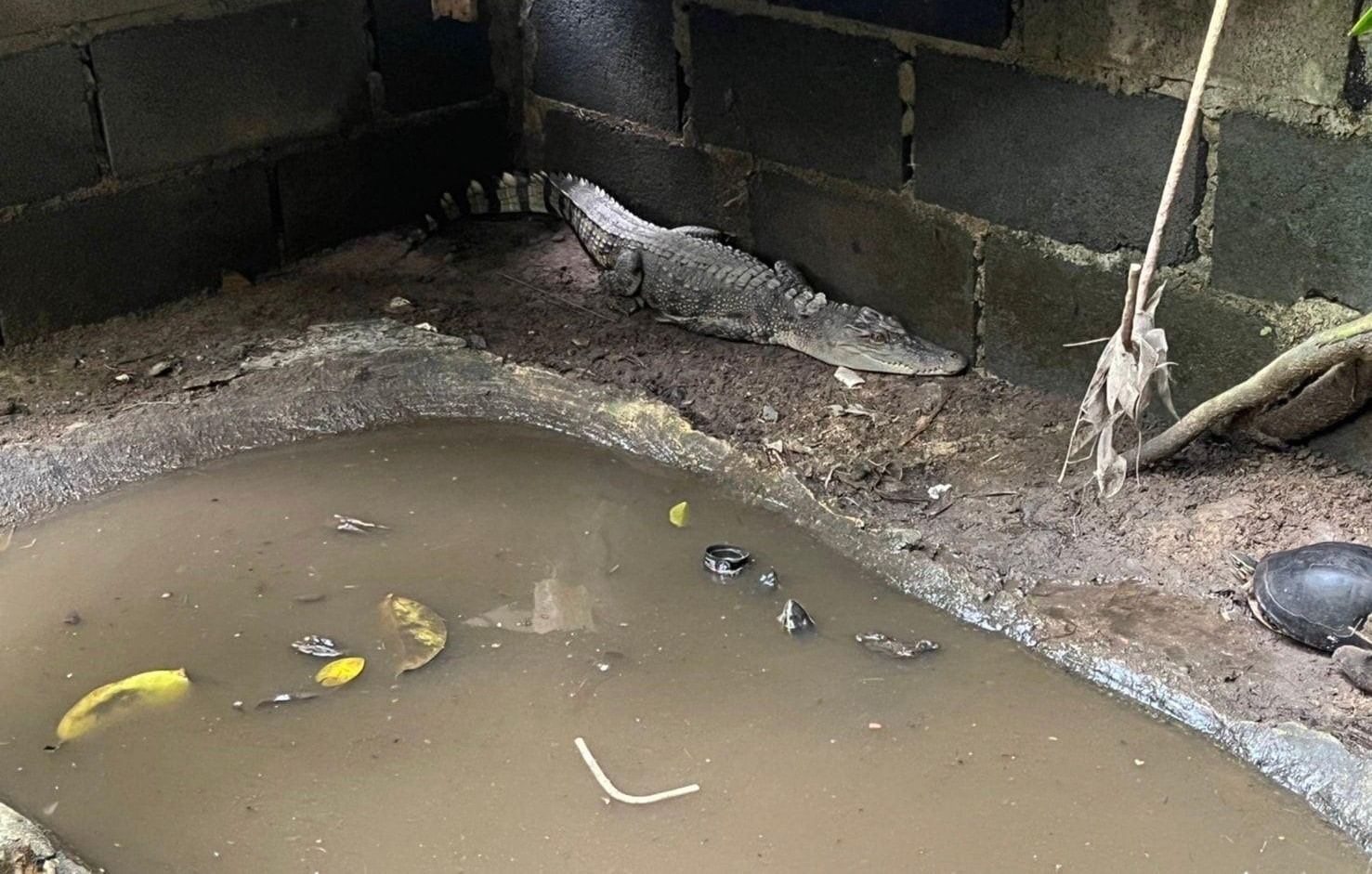 A crocodile, over a metre in length, has been removed from a pond at a Phuket Temple, after being discovered by monks. The Phuket Express reports that the monks reported the croc to the Phuket Fisheries Office as they were afraid it might hurt people who feed the pond’s turtles.

Officials removed the crocodile from the pond at the temple on Toh Sae (monkey) Hill, in the sub-district of Rassada near Phuket Town. The monks say they have no idea how the croc came to be in the pond but suspect someone released it there. The Phuket Fisheries Office says crocodiles are a protected species and that special permission is required to own one.

Crocodiles are no strangers to Phuket, with the northern beaches of Bang Tao and Layan having been visited on more than one occasion by the semi-aquatic reptiles. This island also has a few reptile farms which are popular tourist attractions.