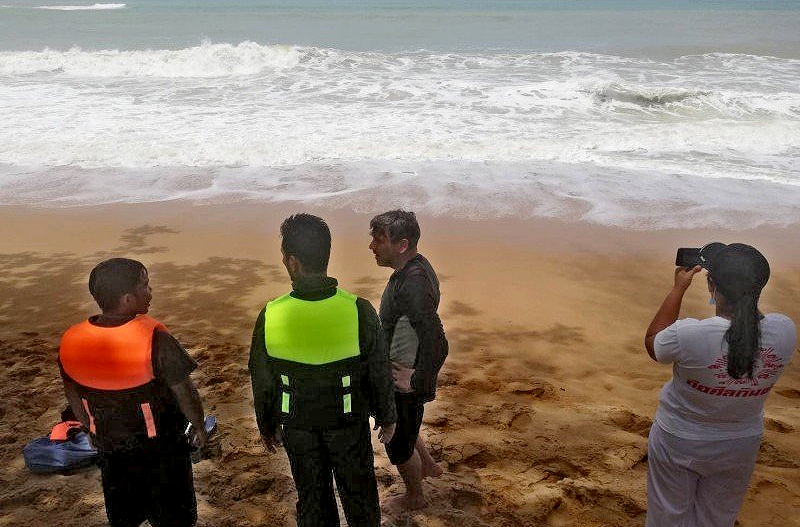 A Japanese tourist has died in Phang Nga province over the weekend after drowning off the coast of a hotel in Khao Lak, about 2 hours north of Phuket.

Around 12.20pm on Saturday the local mayor reported to police in Phang Nga that the tourist had gone missing in front of the Moracea by Khao Lak Resort. The Royal Thai Navy sent out a ship from the 3rd Are Naval Command at around 12.30pm in search of the missing man.

The body of a 46 year Japanese tourist was found around 2.30pm and taken to the local hospital for an autopsy. He was identified as Satoshi Sato. The Japanese embassy was informed of the incident and will contacting the man’s relatives.