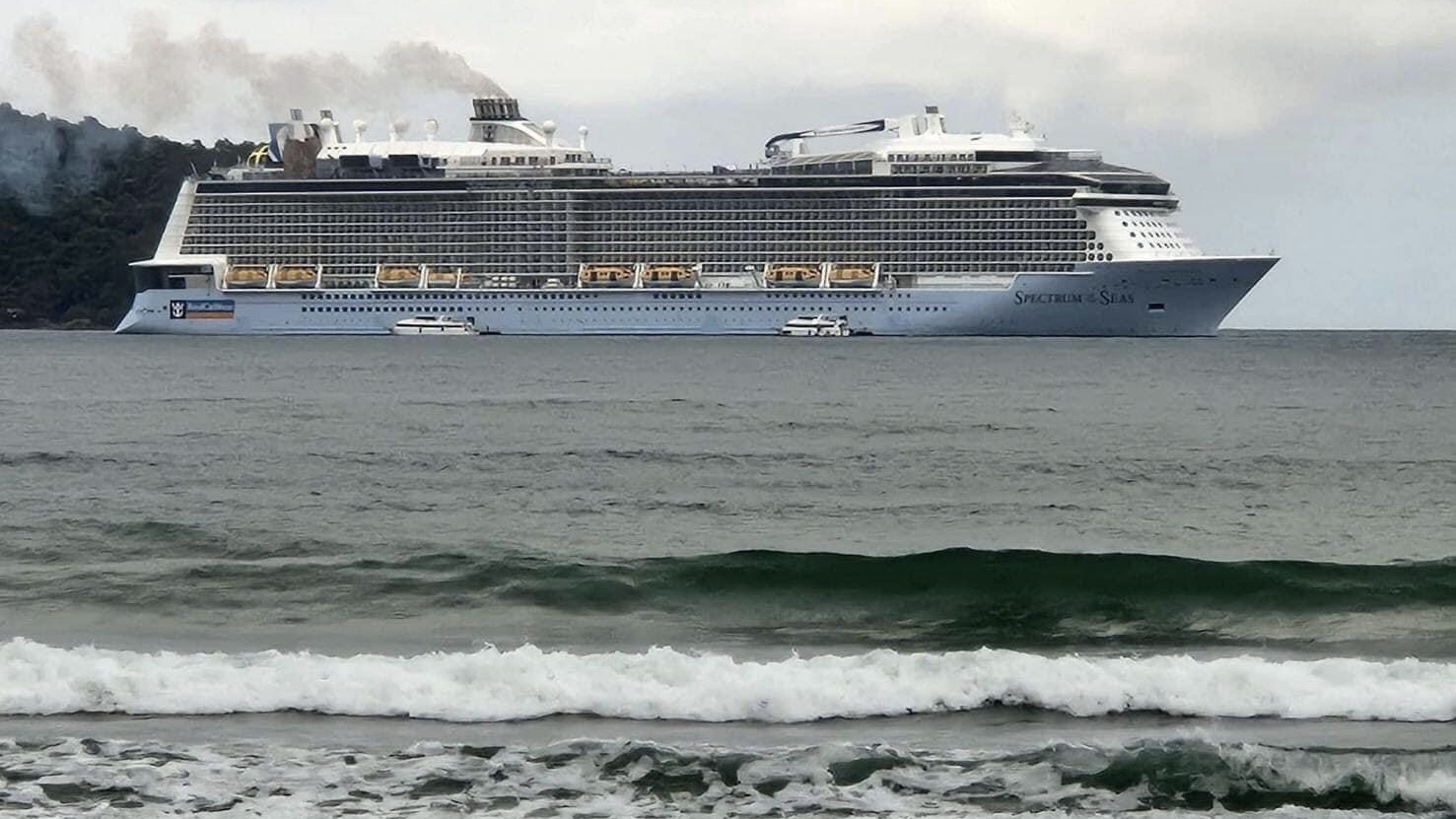 Spectrum of the Seas in Patong bay

A passenger on a cruise ship visiting Patong over the weekend died whilst the ship was moored off the island in Patong Bay.

The ship, Spectrum of the Seas, reported the death at 9am on Saturday morning. Phuket police were alerted that a 45 year old Indonesian tourist had died whilst on board. Police and doctors from the Patong Hospital went aboard and were able to identify the dead body of Mohamed Isnaen in the ship’s sick bay.

The man’s wife told police that she had woken up, just after the ship arrived in Patong Bay, around 1.30am on Saturday morning, and discovered her husband was dead whilst still on the bed. She alerted the ship’s doctor but they were unable to revive him.

The man’s body was transferred to the Patong Hospital from the ship and Indonesian consular officials were alerted.

In this article:cruise ship in Phuket, cruise ships, death onboard, man dies on cruise ship, Patong Bay, Spectrum of the Seas