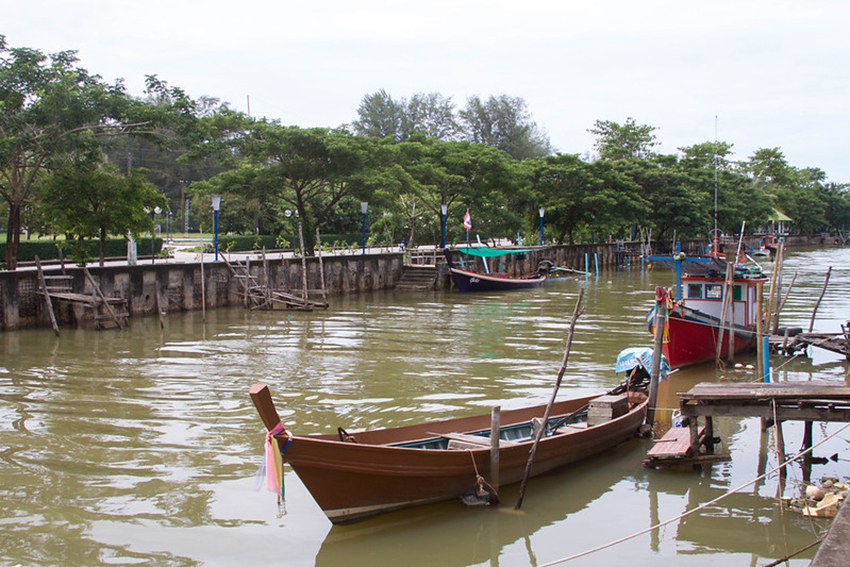 The mayor of Phuket Town, Phuket’s commercial hub, is appealing to residents to stop throwing rubbish in the island’s canals. According to a Phuket News report, Saroj Angkanapilas says city officials have been working on flooding issues in 3 particular areas: Samkong, Sakdidet Road, and the intersection on Amphur Road, on the way to Koh Sirae. The flooding problem has been exacerbated by people dumping rubbish in the waterways.

“We ask all residents to use the bins that the municipality has available to reduce the amount of waste found in the canals.”

According to Saroj, the provincial governor has paid regular visits to the areas in order to address the flooding. Saroj also credited the provincial office of the Department of Public Works and Town & Country Planning, noting their efforts had been very successful and that, despite the recent heavy rains, there have been no flooding issues. Officials continue to monitor the situation and remove rubbish from the canals.

In February of this year, 2 groups on Phuket, the Royal Thai Volunteers and the Rak Bang Yai Club, worked together to remove rubbish and weeds from the Bang Yai Canal. The sight of rubbish being routinely removed from canals across Thailand is a common one, as officials do battle with the issue and volunteer groups offer their services.

Around 4 years ago, the firm behind the Ofo bike project in Phuket was forced to cancel the project on the island after hundreds of bikes were either stolen or – you guessed it – dumped in the island’s canals.