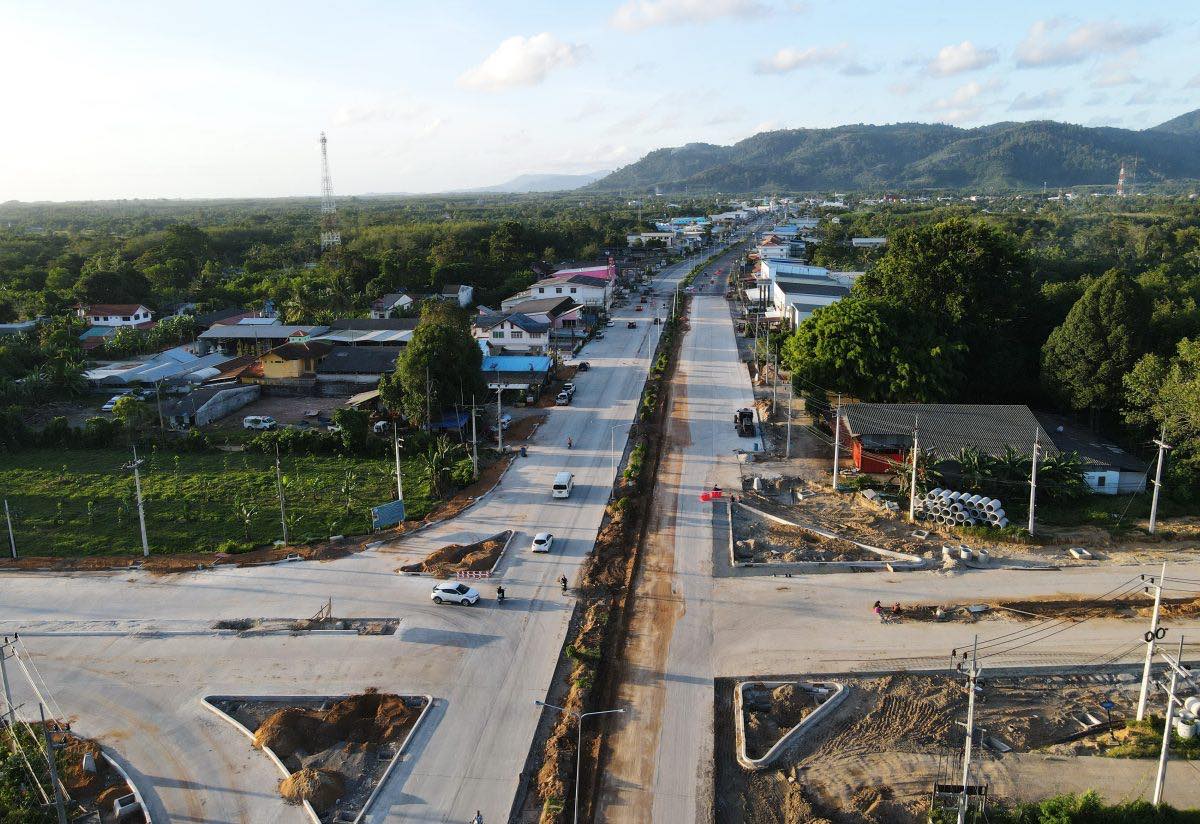 The new four-lane road linking the Na Tai beach area of Phang Nga from the existing by-pass road is being built and will be finished by the beginning of 2023 at a cost of 282 million baht. The new east-west connecting road is expected to solve a traffic jam in the Phang Nga town area and support the expansion of the area in the future.

The rural road office of Phang Nga surveyed and follow up the construction of the road route Kokkloy – Tai Muang in Phang Nga, which is a new route connecting route 4303 (Bypass Kokkloy Market route) with the beach road 3006 (Na Tai Beach route). The road will be a four-lane road at a distance of 4.229 kilometres.

The rural road officer said that the progress of the construction is about 44% complete, about 8% faster than the initial plan. The problem withland expropriation from the local land owners has been solved and all the pieces of land needed by the road authority have been signed off as the new highway progresses.

Officers said that the bridge and draining system across the canal and stream has been completed and the reinforced concrete surface is almost finished so the road is expected to be ready by the beginning of 2023.

The four-lane road will be 3.5 metres wide per lane with 2.5 metre on each side for cycling and sidewalks. There will be also new bicycle lanes and two new bridges along the route. Lampposts will be installed along with new traffic signage along the route as well.

As Phang Nga is a developing tourism destination, the Department of Rural Roads is planning for more infrastructure in the province to support the expansion of the region and the growth of the tourism industry. 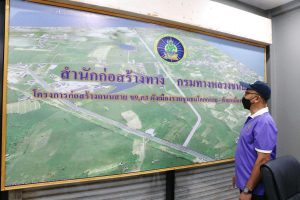 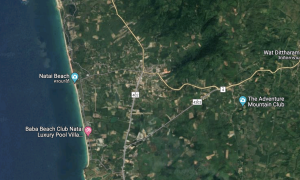