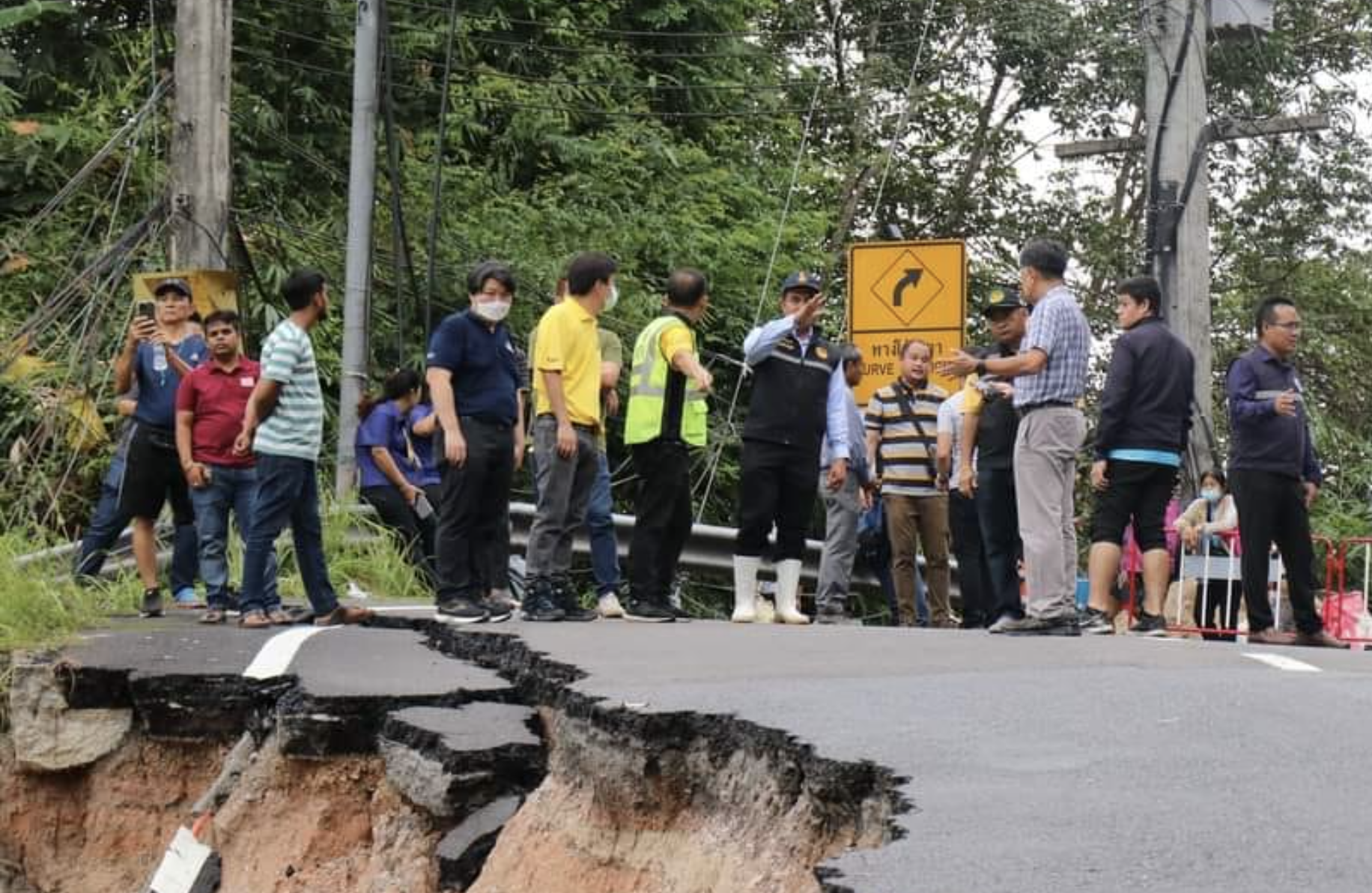 Yuttana Pitak, the local Director of the Phuket Highways, has confirmed that ‘repairs’ have started on the collapsed section of the west-bound section of the Patong Hill road.

“The repair work has started which will take about 14 days. The budget for the temporary repair work is about 4.9 million baht,” he told The Phuket Express.

The extent and plans on how the immediate repair will be affected has not been announced. But tonnes of supporting soil has now gone after being washed down the hill two weeks ago.

A long term fix is probably months away as major foundation work will need to be undertaken, costing a lot more than the announced 4.9 million budget.

Currently pedestrians and motorcycles are allowed to traverse along the remaining hillside section of the collapsed road. An alternative route, currently no more than a locally-used dirt track, is being improved to provide another route over the busy hill into Patong.

Phuket’s Governor Narong Woonciew says the road is being fixed as soon as possible.

“We understand that this road is one of the main Phuket economic roads. Many people and business operators are suffering.” 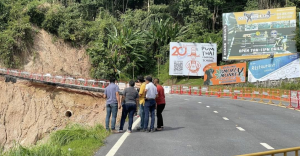