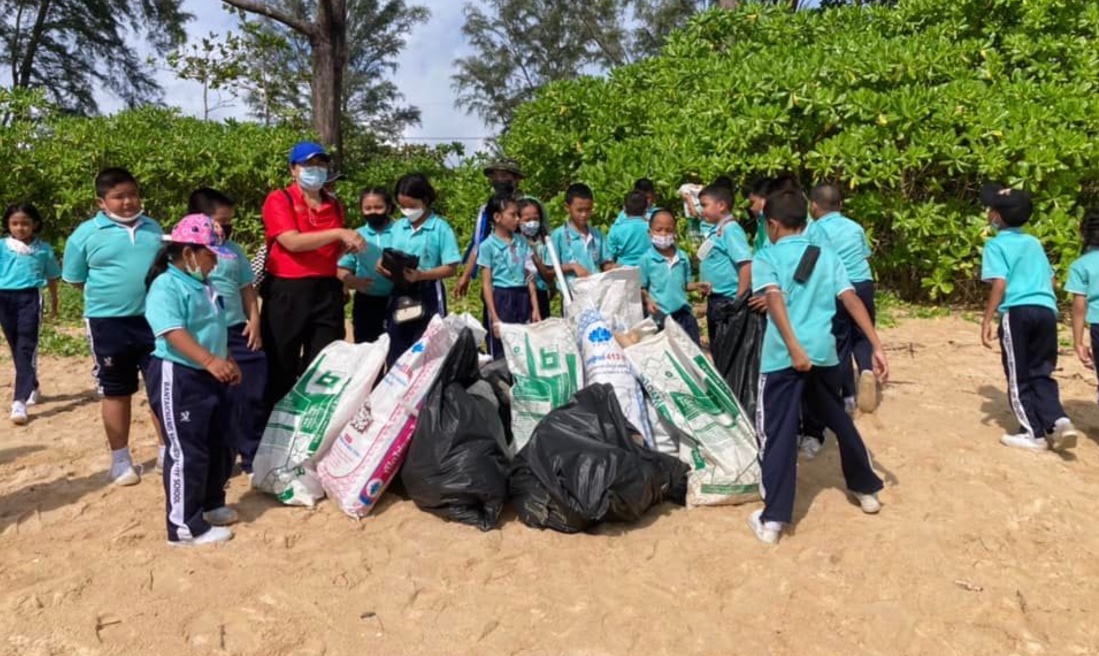 During high season the south-westerly swell brings tonnes of rubbish to land on Phuket and Phang Nga beaches.

The students from the primary school, grade one to three, were also educated about the harm of plastic trash to the ocean and sea ecology, which includes rare and endangered animals like sea turtles.

The Chief said that the rubbish has affected the ecology system and tourism. A lot of it is new trash thrown away by careless beachgoers, but most of it floats in from the ocean and passing fishing vessels.

“This project will help reduce the number of ocean trash that will be brought by the tide back onshore which will affect a lot of sea animals. The project also makes the landscape of the beach more welcoming for the visitors.”

Aniwat Raknok also thanked the school and the students for their help cleaning up the beach. He believes that the activity will help nurturing awareness about environment preservation among students.

Thailand coastal Or For Tors (councils) do not budget for beach cleaning and leave the activity to volunteers and student groups. 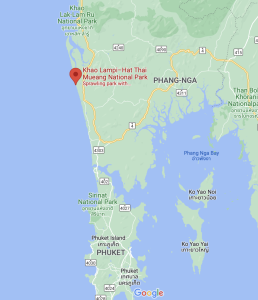