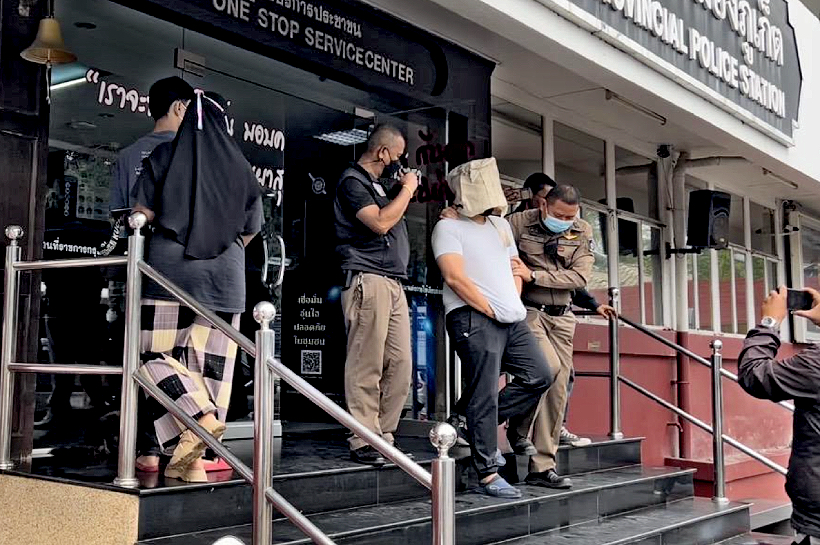 A 35 year old man, who has already admitted to stabbing a 49 year old food vendor to death outside a local shopping centre in Phuket Town yesterday, has told police it was a case of mistaken identity.

The 35 year old graphic designer, named by police as “Mr Pan” stabbed Jaroen Penngern outside a shopping centre near the Nimit Circle.

The incident happened at 6.45am yesterday morning. Witnesses told police that they saw the man stabbed and another man escaping having stolen a gold necklace.

When police arrived at the scene of the incident they found the dead man on the ground with stablash wounds on his arm, wrist and body. The 49 year old was pronounced dead before his body was taken to hospital for an autopsy.

A 30 centimetre knife, cash and a wallet were confiscated by police as the investigation continues.