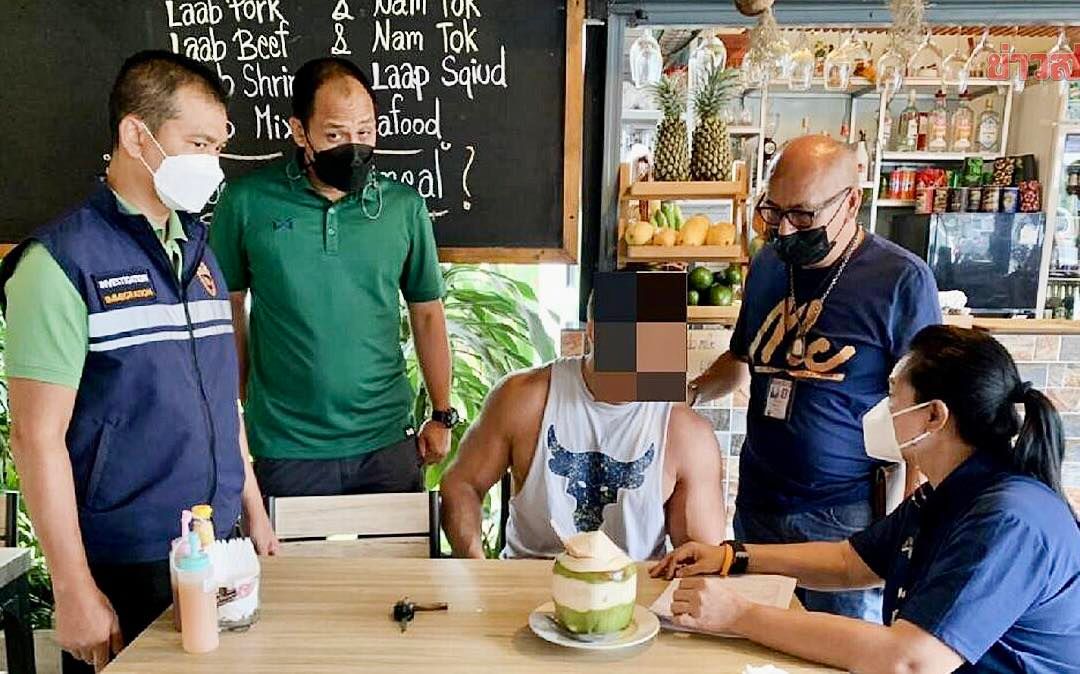 Police in Phuket have arrested an Austrian man wanted in his home country on drugs and fraud charges. There were 12 arrest warrants issued for the 37 year old, who has been identified by Phuket police only as “David”. His surname has been withheld by immigration police at this stage.

It’s understood the man is wanted in Austria for alleged involvement in narcotics, fraud and possessing illegal weapons. There have been 12 arrest warrants issued for “David” since May of this year. The man’s passport was revoked in December of last year, with the Austrian Embassy notifying Thai authorities and asking that they look out for him.

According to a Phuket Express report, he arrived in Thailand on June 7 and was living at a condo in Rawai, in the south of the island. What’s not known is whether he was somehow able to enter the kingdom on a withdrawn passport or if he has dual nationality and used another passport. Or whether he sneaked across the border.

The man was arrested while learning Muay Thai and will be deported back to Austria.

In this article:Austrian, drugs, fraud, Phuket