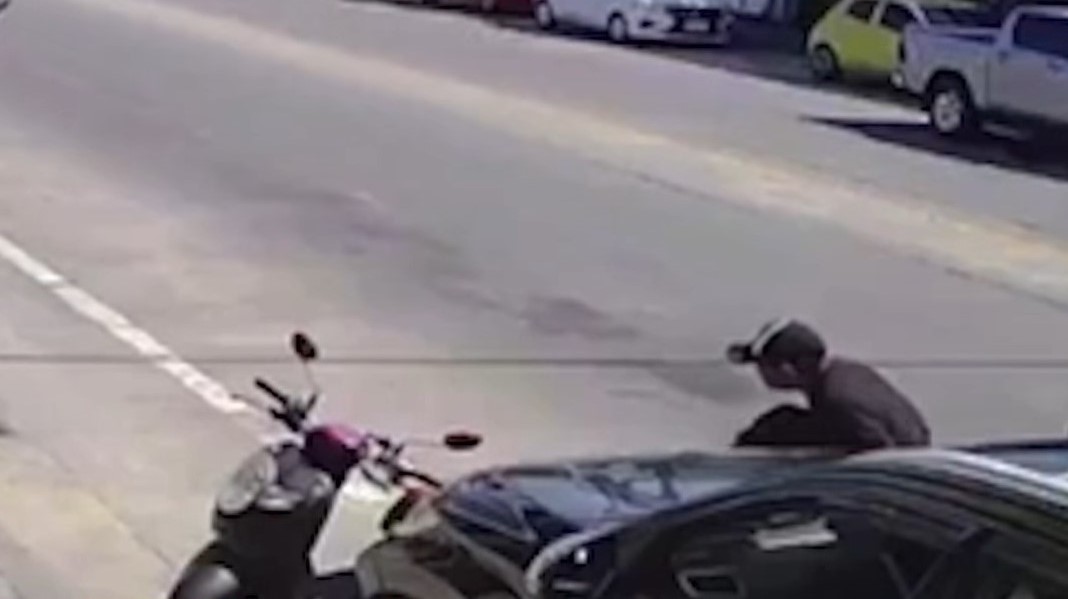 Another day, another Phuket cabbie doing his bit to further damage the reputation of the island’s taxi drivers. Police in Patong have charged a taxi driver after a video of him kicking over a parked motorbike went viral on social media.

You can watch video HERE. The video was posted on Newshawk Phuket.

The Phuket Express reports that the 45 year old taxi driver, named only as Sit, presented himself at Patong Police Station where he was charged with damaging another person’s property. The owner of the bike had filed a police report accompanied by CCTV footage of the incident.

It’s understood Sit told police the bike was parked in front of his taxi and he was in a hurry and kicked the bike in anger. The driver underwent drug and alcohol testing but no trace of either was found, according to the report.