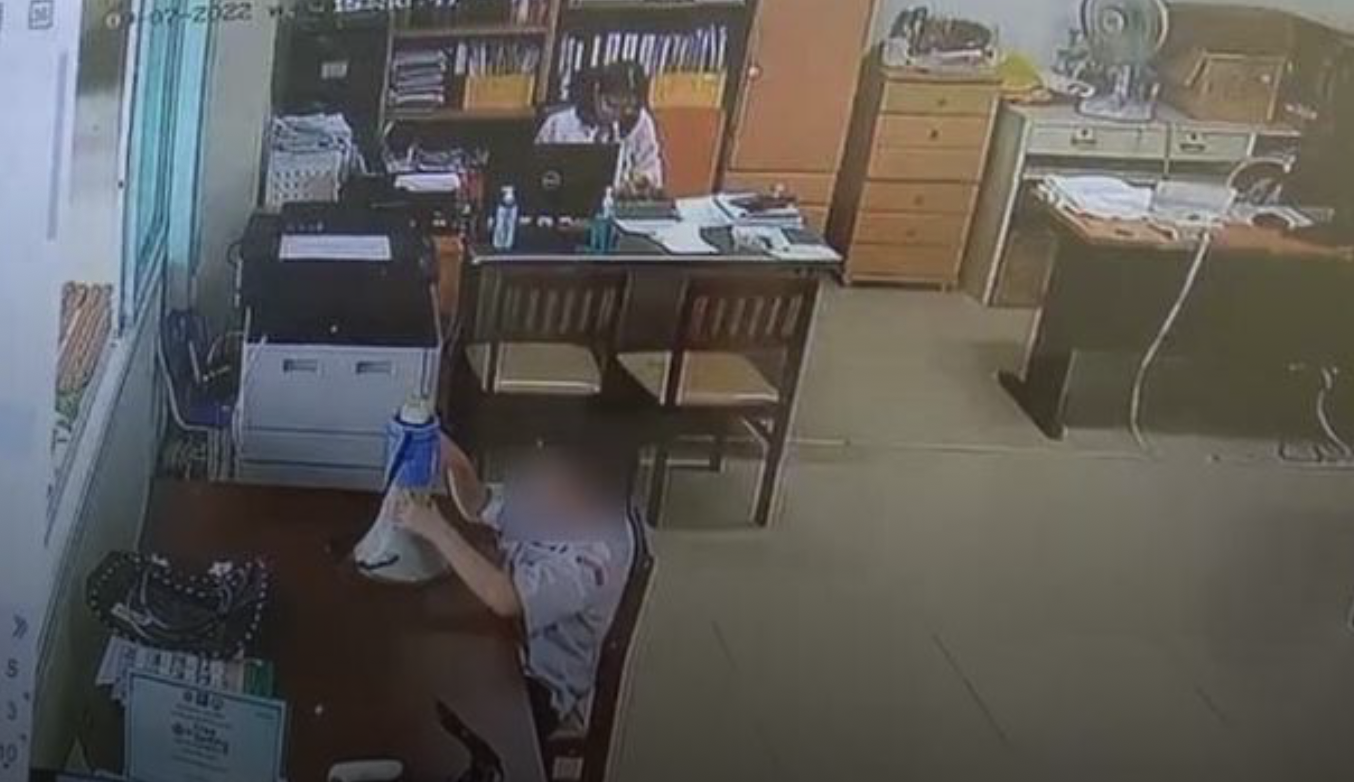 A local Phuket school director is in the spotlight today after allegations were made about him hitting one of his students. The parents of the 9 year old student, named as “Nong Ninja”, filed the report with police last Friday.

According to the report Nong Ninja ended up with a “cut lip and bruises around his head” after allegedly being hit by the teacher.

The man, referred to in Thai media as Mr. Komkrit, is the director of the Thep Amnuay School in Phuket Town. He has since provided police with CCTV as evidence to support his contention that he assaulted the boy. He went further by claiming he had never even scolded the 9 year old.

Meanwhile, the boy’s 54 year old mother claims that this was not the first time that the school director had been physically violent towards children at the school.

Mr Komkrit has told police that the allegations are “not true”. He went on the defensive by explaining to the media that the parents of Nong Ninja owed tuition fees going back to 2021. He also notified police and the parents that he had sought legal advice.

“The have not come to negotiate”.

A fellow teach has also come to Mr Komkrit’s defence saying that Nong Ninja was a child of “special needs” and described the school director as a “good natured person”.