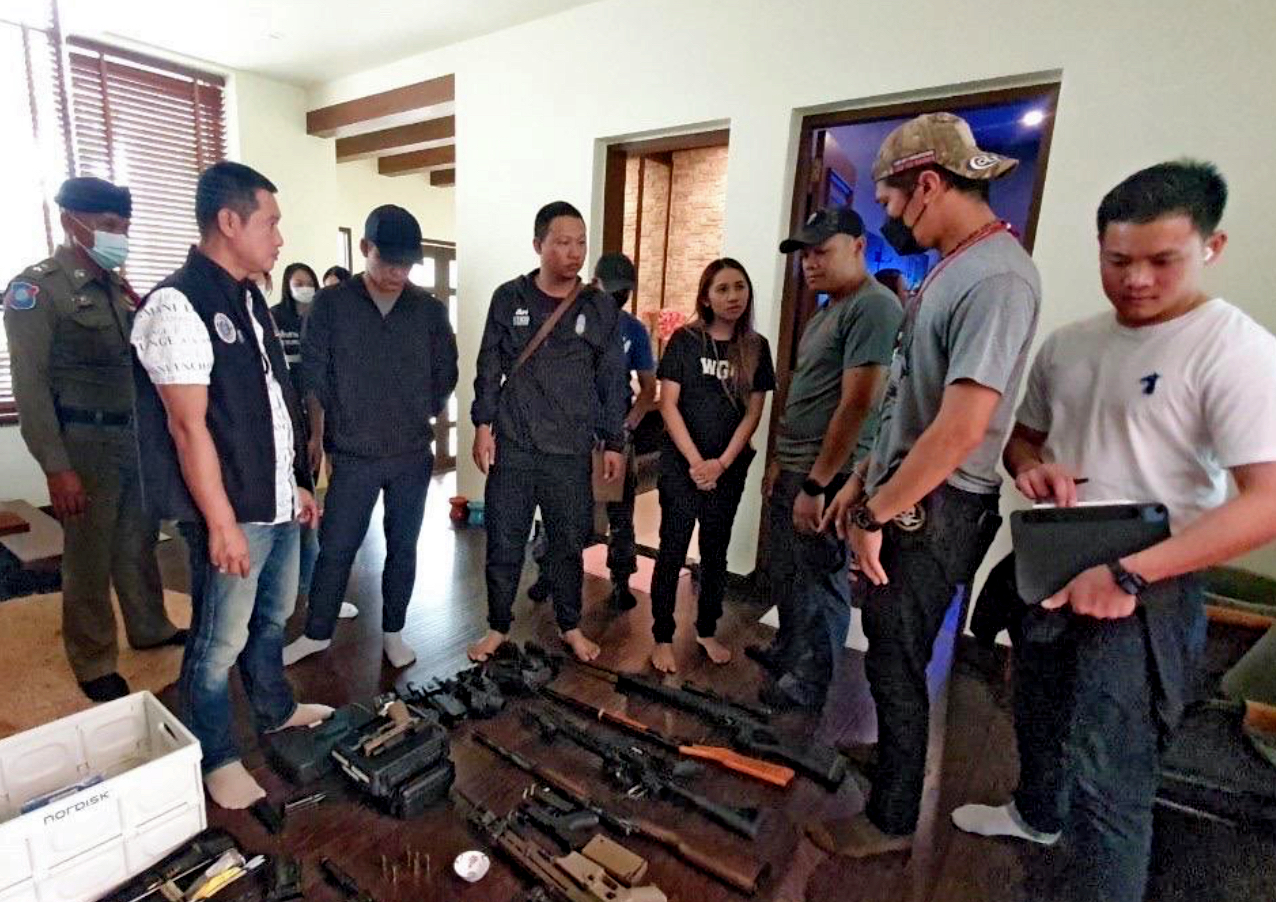 Police have withheld the name of a Chinese national after an arrest yesterday over alleged firearms offences in Kathu, Phuket.

The man and his Thai wife were arrested during a police search were they uncovered a stash of 18 firearms in their “luxury home”, as reported in The Phuket Express.

Police say they’ve been investigating the Chinese man who had been allegedly “showing off” his weapons in public and posting photos on social media accounts.

Most of the seized weapons were BB guns but police allege that some of the BB guns had been further modified to accept real bullets.

A BB gun is a type of air gun designed to shoot metallic spherical projectiles called BBs, which are approximately the same size as BB-size lead birdshot used on shotguns – Wikipedia