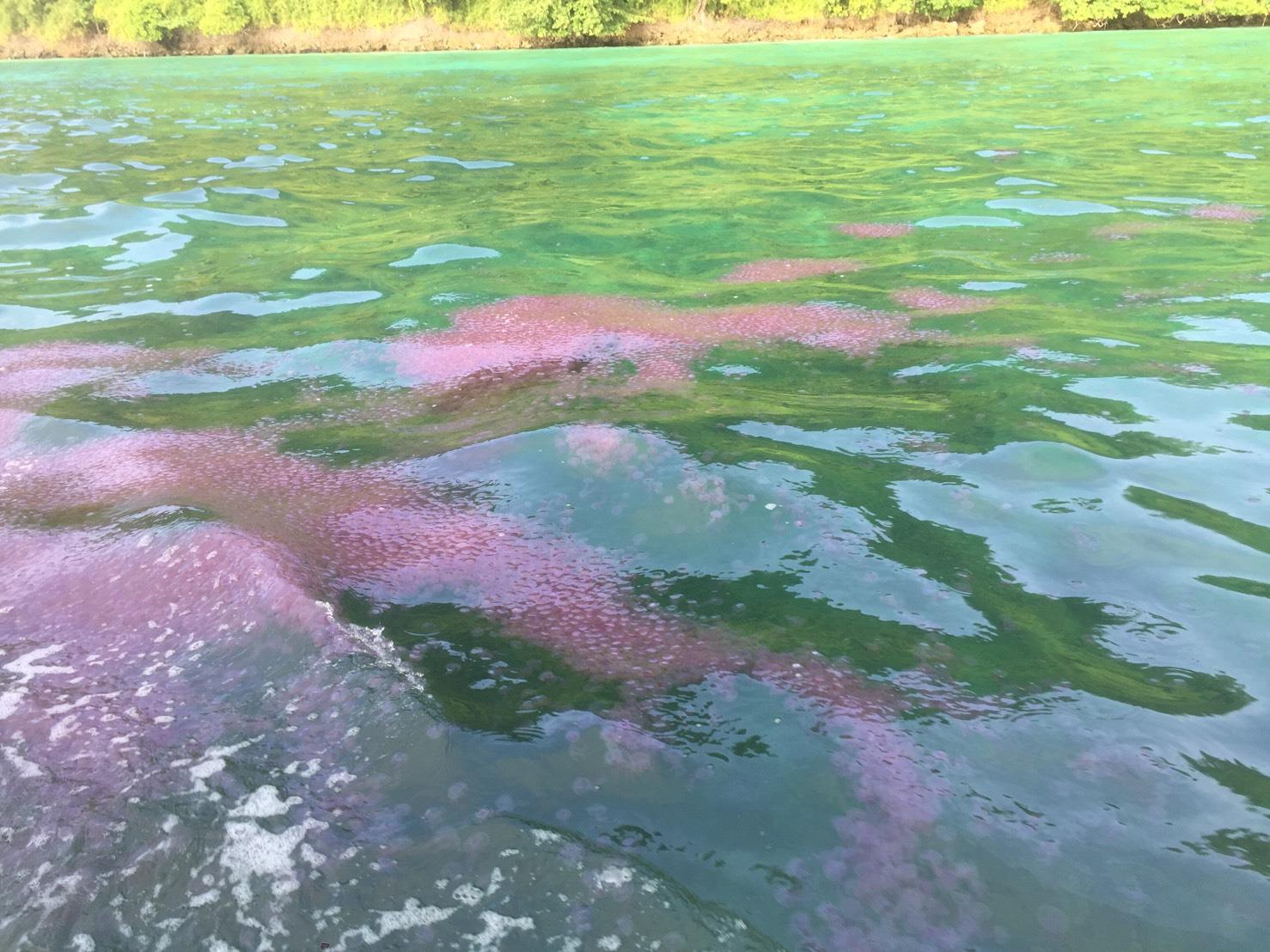 Thousands of ‘morbakka fenneri’ (the Latin name), more commonly known as the Moreton Bay stinger or fire jellyfish, have appeared on a beach in Krabi province, with tourists warned not to enter the water for the time being. Officials have placed red flags on the beach on Koh Hong in the Than Bok Khorani National Park, after the jellyfish washed up on the shore.

National Park chief Weerasak Sisatchang says fire jellyfish are extremely venomous and a sting will cause extreme burning pain and can even be fatal in the event of a severe allergic reaction.

“The fire jellyfish is so named because of its painful sting, not as a result of its reddish-pink hue.”

If stung by a fire jellyfish, the advice is to immediately douse the sting in vinegar and seek medical attention.

Officials in Than Bok Khorani National Park say they believe a change in wind direction brought the jellyfish to Koh Hong’s shoreline. The jellyfish are expected to be gone within a day or two, at which point tourists can once more enter the water.

The fire jellyfish are not common along the Andaman Coast. But a female Russian tourist sustained a painful sting on her leg from a ‘fire jellyfish’ at Patong beach back in 2018.

Fire Jellyfish or Morbakka fenneri can be discovered in tropical watersa. The physical appearance of this jellyfish is slightly larger than most jellyfish. The fire jellyfish can be seen from their pink coloured body, four inch body length and their bell is two-inches in diameter. Their stings are also painful but no worse than other jellyfish.

Patong lifeguards warned of the jellyfish at the time, known locally as the ‘fire jellyfish’ at Patong Beach.

“We have provided first aid to a the Russian lady who refused to go to a hospital. If you are stung by one, pouring sea water or vinegar on the affected area can help relieve some of  the pain. Please don’t use fresh water and don’t scratch.”