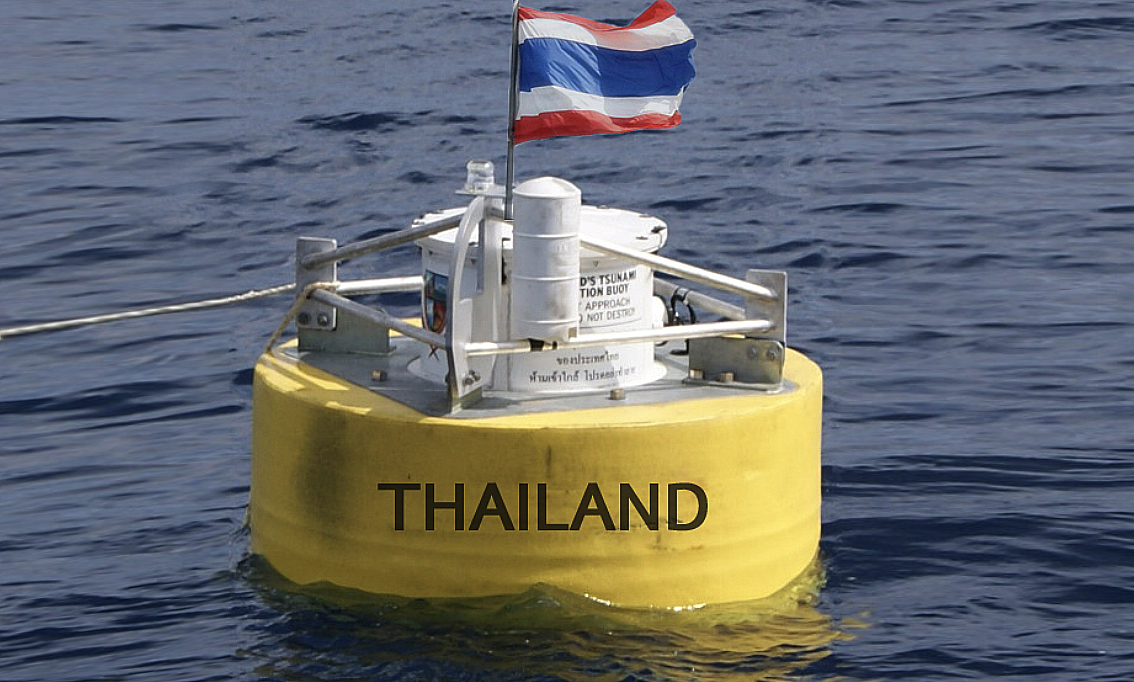 Authorities in Phuket are keeping an eye on a series of underwater rumbles near the Nicobar Islands, about 540 kilometres northwest of Phuket.

A series of three underwater quakes, between magnitude 4.6 and 5.0 were detected between midday and 3pm yesterday.

The underwater earthquakes follow another similar sized tremor on Sunday morning in northern Sumatra, Indonesia, just south of Aceh, where a land-based tremor measured magnitude 4.9 at 7.11am (Thai time).

There has been no reports of any damage caused by any of the tremors.

The geophysical activity is not uncommon along what is described by geologists and volcanologists as the Ring Of Fire.

The reporting of the mild tremors comes at a time questions are being asked of the National Disaster Warning Centre who are tasked at maintaining the two tsunami warning buoys positioned around 500 kilometres west and north west of Phuket in the Andaman Sea.

Their position, which detects any changes in sea level, would provide 20 to 30 minutes warning for authorities along the Andaman coast, of any impending tsunami event.

But both buoys have been inactive for many years.

The Department of Disaster Prevention and Mitigation says they are in the midst of organising a recovery mission to bring one of the warning buoys back to shore for repairs. It stopped transmitting data in October 2021.

The other tsunami-warning buoy has already been picked up.

According to Thailand’s government news channel, the Department of Disaster Prevention and Mitigation says the buoys will replaced by newer ones.

“…with installation to take place in November amid more favourable weather conditions.”

The department also stressed that Thailand’s western coastline is still being protected as part of the broader Indian Ocean alert network which constantly monitors tremors and quakes around the region.