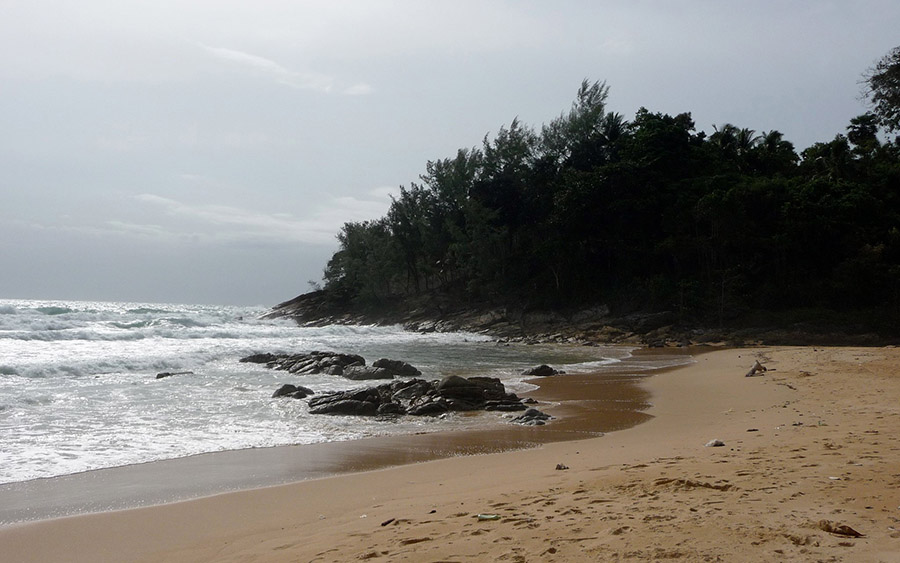 The friends of a Russian woman missing on Phuket have renewed the offer of a reward of US$10,000 for any information that helps find her. The woman, named as 53 year old Elena Rusradchenko, went missing from Nai Thon Beach in the north of the island last Thursday.

After 5 days missing, after been seen going into the sea, she is missing, presumed drowned.

According to a local security guard, he had told Ms Rusradchenko and a number of other swimmers to get out of the water due to an approaching storm. Taweechai Kamnon says he waited for everyone to leave the water, adding that the Russian woman wandered off, looking distracted and leaving her belongings and clothing on the beach. She has not been seen since.

It’s understood Ms Rusradchenko suffers with memory loss issues and friends are concerned for her wellbeing. There has been some media speculation that the Russian woman may have re-entered the water and drowned in the rough conditions of the time.

A search operation, taking place on both land and sea and involving Sakoo police and other local officials, has so far been unsuccessful. According to a Phuket Express report, provincial governor Narong Woonciew says around 150 people have now joined the search effort.

“Today (October 24), day four of the search for Ms. Elena, 53, a Russian national, has continued. About 150 people in the search team have tried to search everywhere they can as fast as possible. The search teams walked along Nai Thong Beach, including a forest nearby. Meanwhile, marine searching has continued too on boats and jet-skis, as well as on a helicopter. The search has expanded in wider areas.”