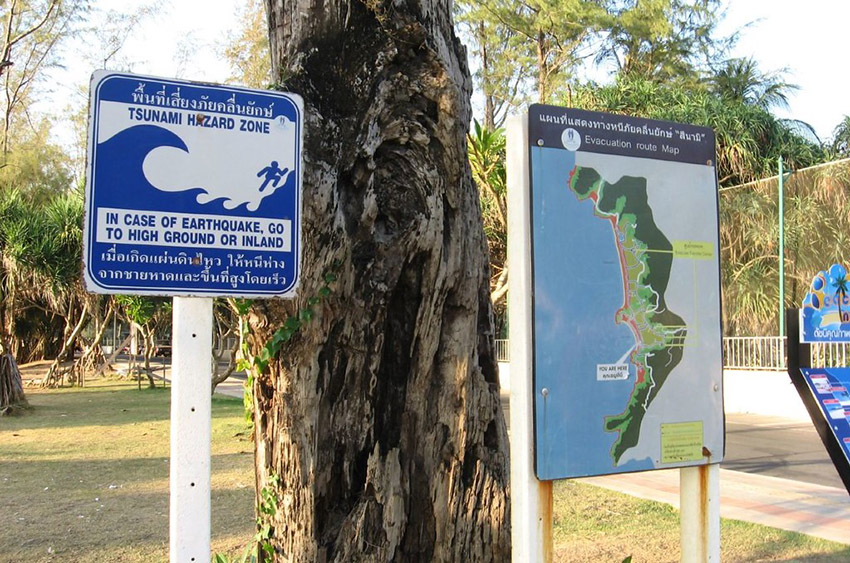 After Phuket residents reported feeling tremors during an earthquake on Indonesia’s Sumatra Island over the weekend, the governor has ordered officials to monitor the situation. Sumatra was struck by a 6.2-magnitude earthquake early on Saturday morning, with temors reported as far afield as Songkhla, Phang Nga and in the Old Town area of Phuket.

No damages were reported in Phuket, but Governor Narong Woonciew has instructed the authorities to continue monitoring the situation, according to a Phuket Express report. The Sumatran quake occurred at around 3.50am, at a depth of 40 kilometres, with several aftershocks reported. The quake’s epicentre was 535 kilometres southwest of Phuket, according to the report, on the opposite side of Sumatra, facing the Indian Ocean, away from Phuket.

While instructing relevant authorities to continue monitoring the situation, Narong has asked officials to reassure residents and tourists that there is no cause for alarm.

The island of Sumatra has a long history of earthquakes, being a highly seismic environment on the Pacific Ring of Fire. In December 2004, a 9.2-magnitude earthquake struck off the west coast of the island, generating a tsunami that became one of the deadliest natural disasters in recorded history, killing an estimated quarter of a million people across 14 countries, including Thailand, in countries bordering the Indian Ocean.