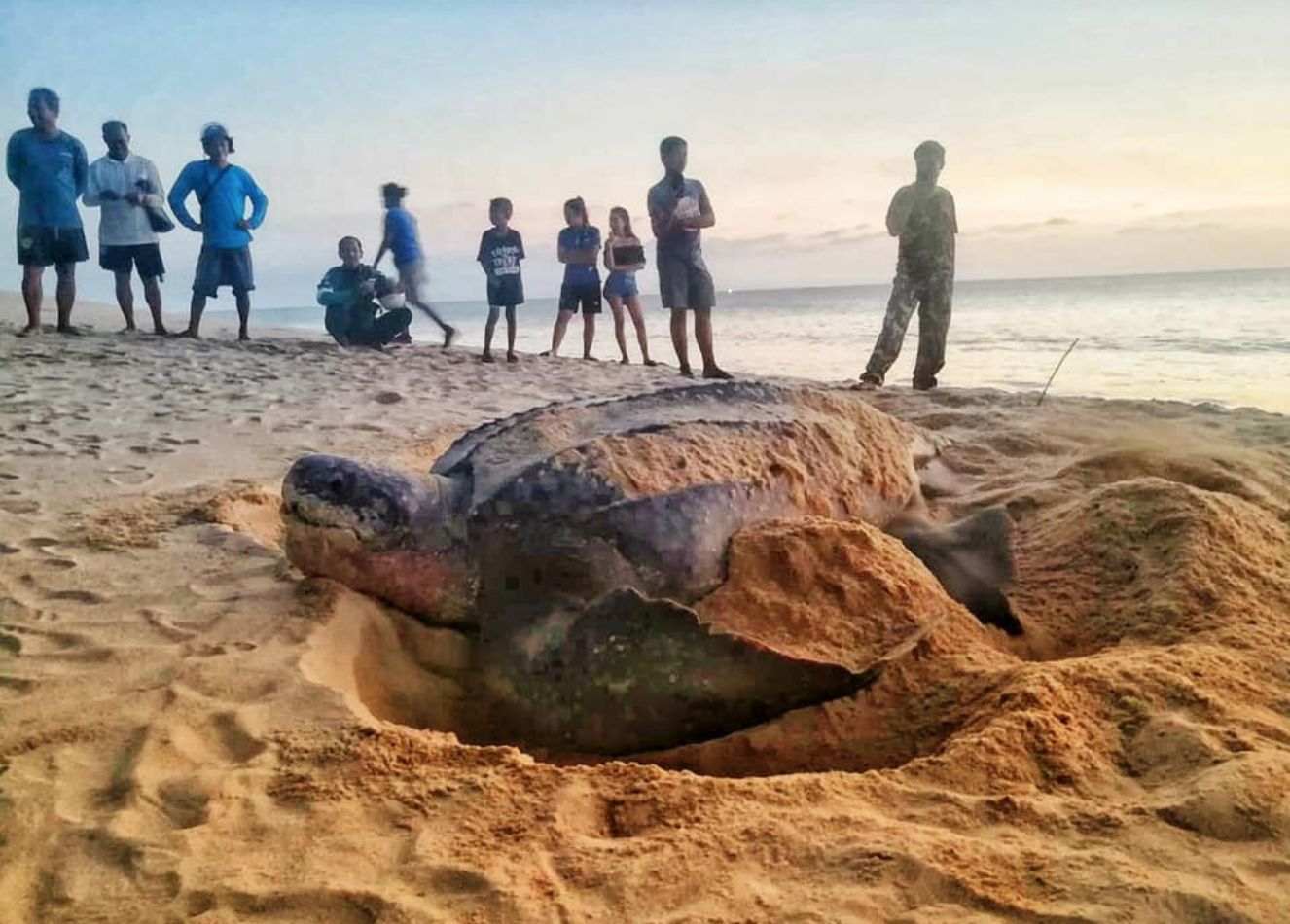 A sea turtle has laid 118 eggs in a nest on the Phang Nga coastline this week. Officials in the Khok Kloi area found the nest at the Bang Khwan Beach. They report that 106 of the eggs appear to be fertile and in “good condition”.

The eggs had been laid by a leatherback sea turtle.

The nest has now been moved to a safer area and put under guard with a fence to keep people and local predators away. The area is also under the scrutiny of a CCTV.

The Phuket News reports that the Department of Marine and Coastal Resources Director-General has confirmed “it was the first time a turtle has laid her eggs” on a Phang Nga beach for this season.

DMCR staff note that they are seeing more signs of sea turtles on Phuket and Phang Nga beaches over the last few years. The numbers of nest found have increased from the 2018/2019 season to 18 in 2021.

The DMCR have worked hard to detect, track and protect the nesting of sea turtles along the regional coastline, noting that the leatherback sea turtles are the largest of the turtle species.

On one estimate, it is thought that only 1 in 1,000 sea turtle that end up hatching ever make it to adulthood.

The DMCR team of rangers work to provide a safer journey from the nests to the sea to give the sea turtles the best chances to survive.