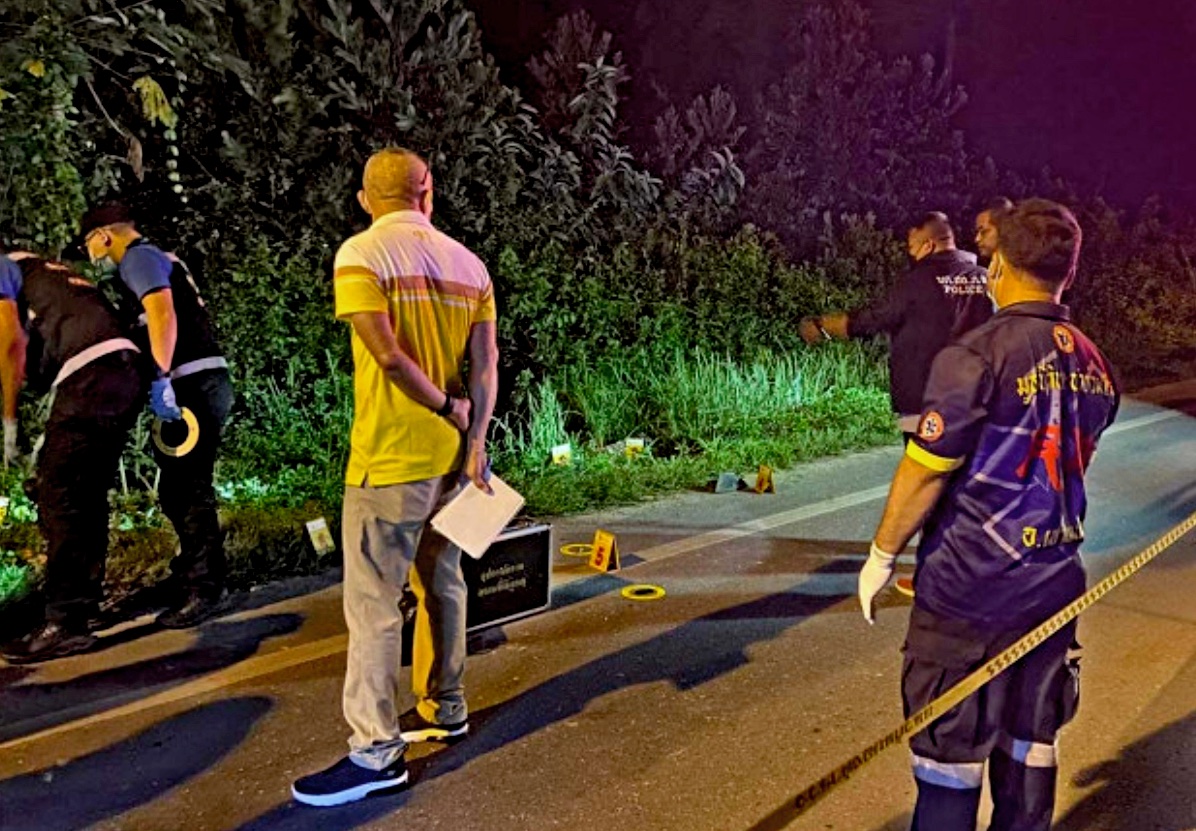 Three people are dead and the motorcycle they were travelling on was set on fire after a shooting in the Krabi district of Khao Phanom early this morning at around 1.30am.

Other drivers saw the motorcycle burning and stopped to check, when they found the three dead students laying on the roadside.

The dead were all 18 year old students from the same class at a local high school – a boy called ’Nonthaphan’ and two girls, ’Ntnicha’ and ‘Phanthira’.

The young man was shot in the face, the two females, in the back. Their bodies were discovered laying in the grassy roadside verge. Their motorbike had been incinerated.

Police believe the motorbike was involved in some sort of collision with a black BMW sedan. A piece of the front bumper from the car was also found at the scene.

The black sedan was located at a shophouse in Phruek Tiew around 7.20am, according to the Bangkok Post. There was a tyre shop at the bottom of the property.

Police surrounded the property and called for a man identified as Therasak Boonruang to come out of the house and make himself available for questioning.

Initially there was no response until about an hour later when the occupant tried to flea. He was carrying a handgun. His father was with police and urged his son to drop his gun and surrender.

The man was taken to the local police station for questioning. Inside the house police found a shotgun and ammunition.

He admitted having the accident with the motorcycle and using his shotgun to shoot the three people on the motorcycle. He told police he didn’t know the people that he shot. He also admitted that he had intentionally driven his car into their motorcycle, forcing it to crash into the side of the road.

The 42 year old man is being held in custody awaiting further legal action.