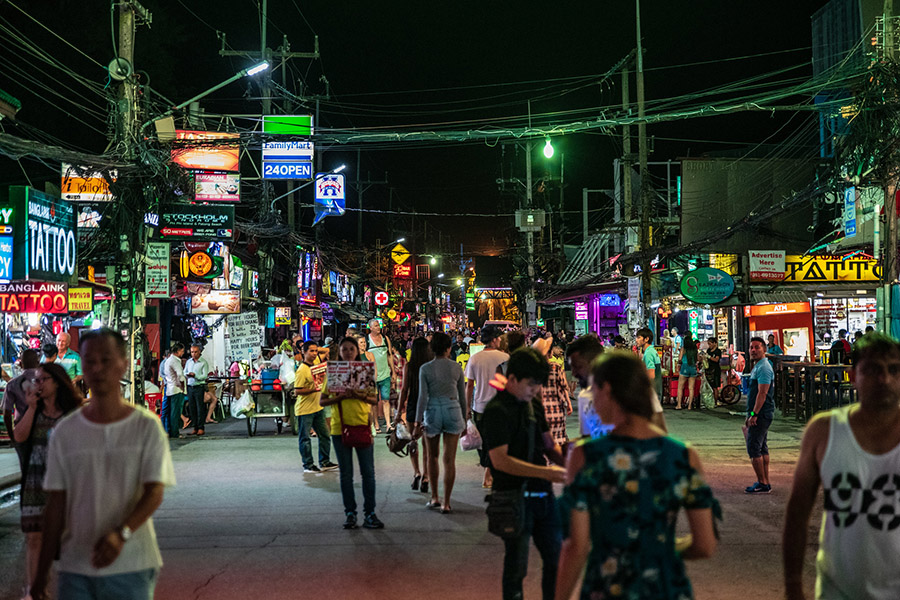 Waving a simple placard and posting something on social media wasn’t enough.

A Phuket woman accused of selling alcohol illegally on Bangla Road in Patong has stripped naked in protest. The woman took off her clothes after being warned by police that she could not sell alcohol on a public road.

The police have been cracking down on Bangla Road food and drink vendors, as well as transgender prostitutes (other prostitutes are ‘OK’ we assume), in response to complaints from business owners on the popular tourist walking street.

Weerawit Kreuasombat from the Patong Entertainment Business Association says the unlicenced sale of alcohol along the road is illegal.

“Selling alcohol in foam boxes by vendors or pop-up style alcohol booths must be banned as this is illegal. The Bangla Road is a public road and one cannot sell alcohol on the road.”

Officials were responding to a video of a female beer vendor selling beer out of foam boxes on Bangla Road. She was subsequently warned that what she was doing was illegal, but responded by taking off her clothes in protest.

The Phuket Express reports that the woman stripped off in the middle of Bangla Road, seemingly unconcerned about several tourists who were filming and taking photographs of her antics.

According to the report, police have not named the woman and it’s unclear if any legal action will be taken against her as a result of her protest action.