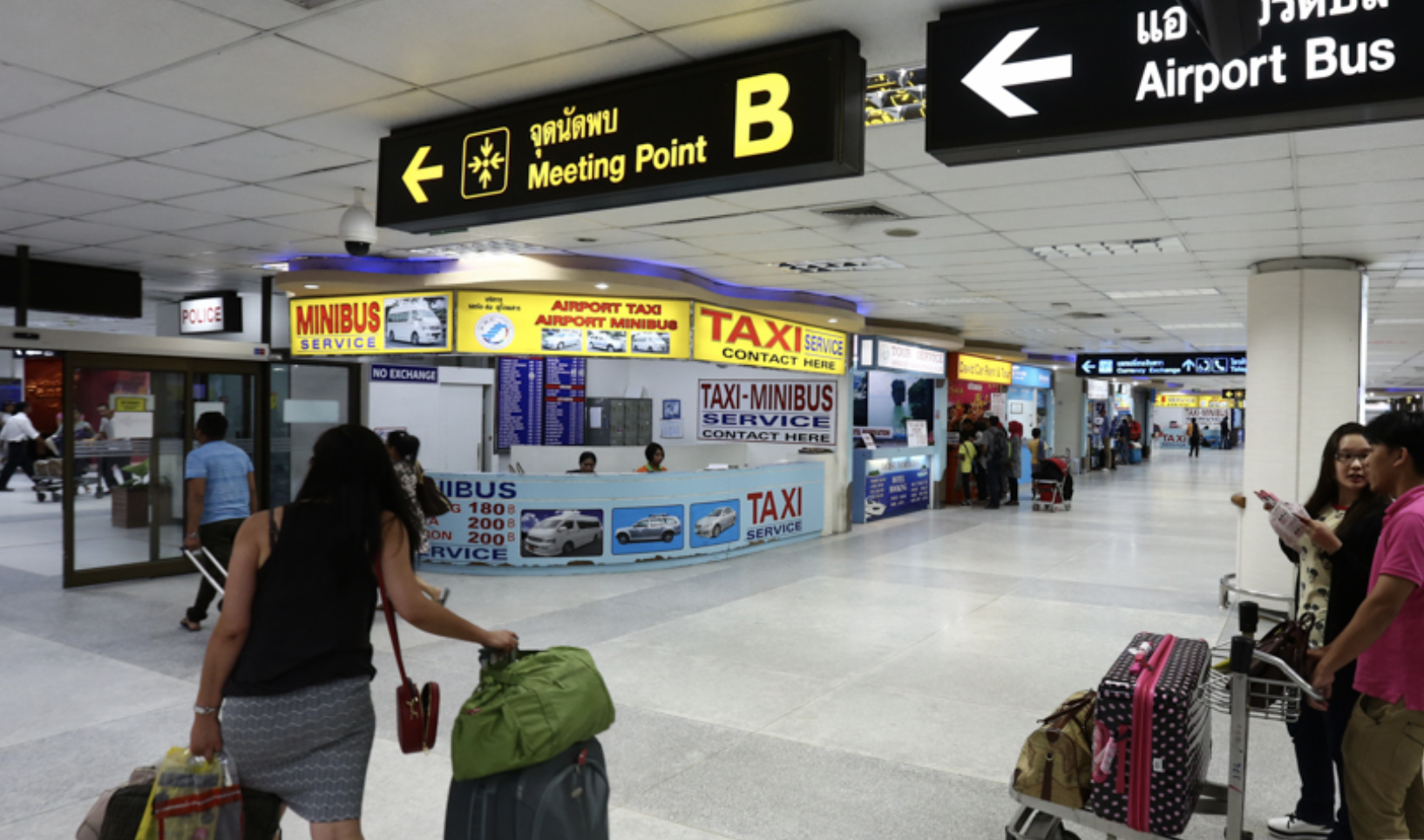 The Thai government announced in the months earlier that it would give automatic extensions to tourists arriving on the Visa Exemption Program and the Visa On Arrival program, from 30 to 45 days and 15 to 30 days respectively, from October 1.

In both cases, the stays can be extended for either 30 days (visa exemption program) or another 15 days (visa on arrival) if they visit an immigration office before their initial stay time runs out. The cost is 1,900 baht for the extension.

On October 1, the number of arrivals at the Phuket international terminal reached 5,924. On October 8 the number was 5,958.

During the past week it dropped down into the 4,000s for arriving passengers through Phuket immigration at the airport. But the October 1 and October 8 arrival numbers are the highest since the start of the Sandbox re-opening for the island on July 1 last year. Phuket Airport, along with all Thai borders, were closed in April 2020 as a result of measures to control the Covid-19 pandemic.

Since the start of the year, arrivals through Phuket International Airport, up to the end of October 8, have been…

But, before we get too excited, even with the increased numbers of travellers through the Phuket International Airport this year, if you had 6,000 arrivals everyday, on average, that would be only 20% of the average in 2019, the last full year of tourism onto the island.

Before this week’s surge of additional arrivals, the number of arrivals through the Phuket International Terminal had flatlined, even dropped slightly, over the past 2 months, according to the arrivals char below.

From October 1, arrivals at all international airports in Thailand have not been required to show vaccination certificates or negative PCR/ATK tests. All quarantine provisions and compulsory Covid health insurance were abandoned on July 1 this year. 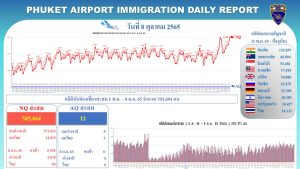 In this article:arrivals in Phuket, flights to Phuket, Phuket flights, Phuket immigration, travel to Phuket