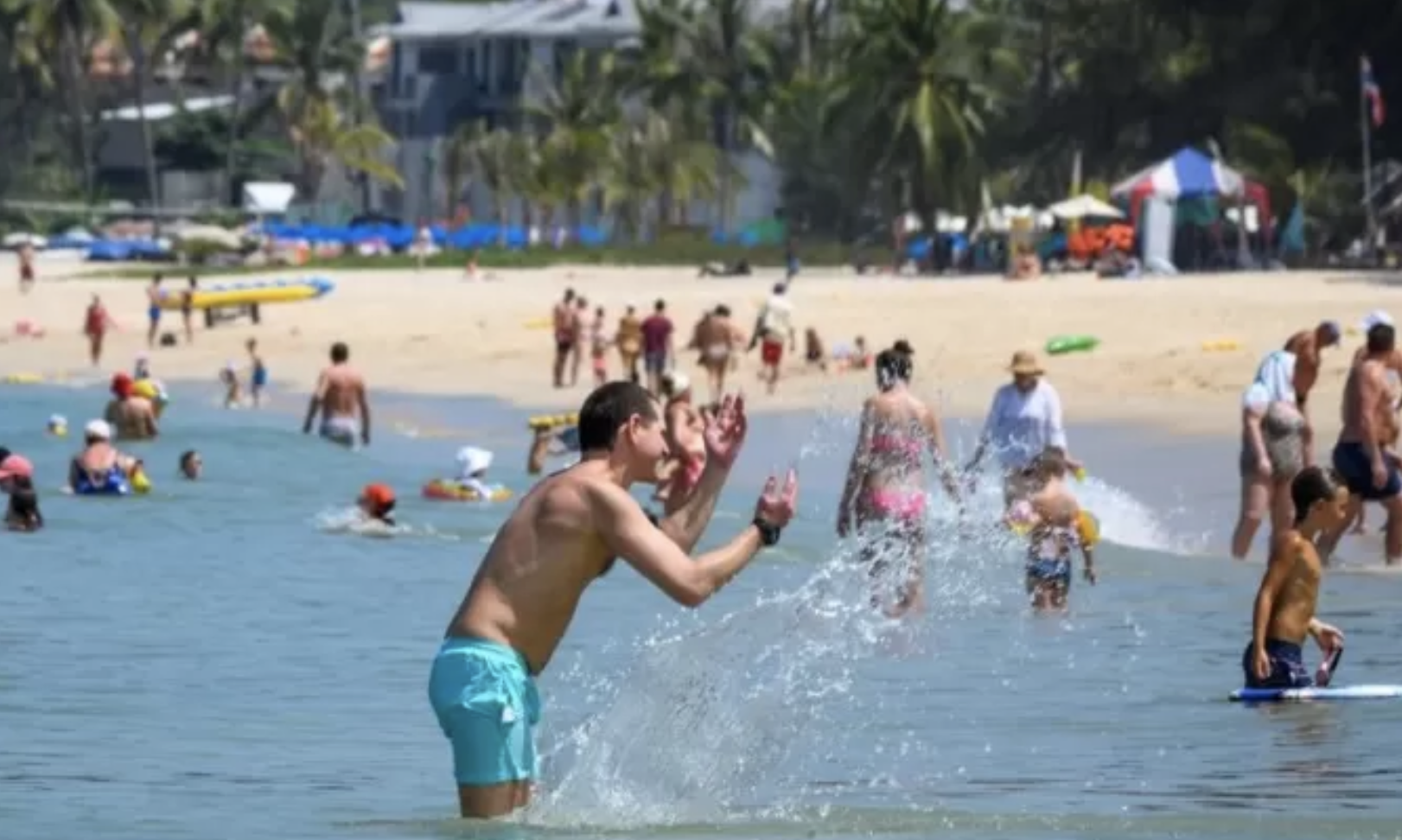 The number of daily international arrivals at the Phuket Airport has plateaued over the past week – a daily average around 7,500 people. A recent report from Phuket Immigration, reporting arrivals at the international terminal of Phuket Airport, showed a steady climb of numbers since May 2022, with a peak of 7,701 arrivals on October 30. This rate of arrivals has remained relatively steady over the past week, up to November 6.

That report indicated the huge contribution of Indian visitors for this year, followed by Australians, Singaporeans, Malaysians and visitors from the UK. 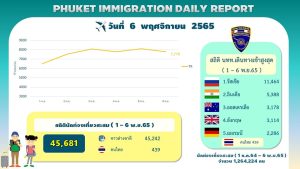 In this week’s report from Phuket Immigration (from November 1 – 6) it indicates a different demographic influence on the arrivals, with Russian visitors filling the top position of arrivals, with Indians in second place (less than half the number of Russians), then Australian, UK and German visitors in the next three positions. 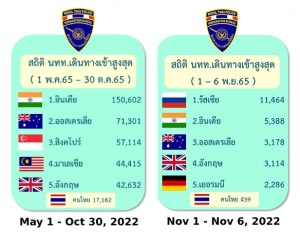 Meanwhile, Thailand is hoping to attract another 1.5 million visitors this month and December, which would push Thailand’s total 2022 arrivals to just over 10 million, a target set by tourism authorities mid year. They are also hoping for up to 18 million visitors in 2023. In 2019, 39.6 million arrived on international flights (including returning Thais).

But although Thailand’s tourism industry continues to slowly recover, the Land of Smiles, often in the world’s Top 10 countries for tourism numbers, doesn’t even figure in the Top 20 for world travel this year, although there has been a steady increase in arrivals in Thailand since the demise of Covid-19 restrictions mid-year.

The following chart from Forward Keys, indicates the country’s that are performing the best, relative to their previous tourist numbers in 2019 (not total visitors). 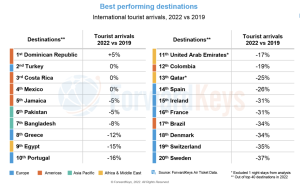