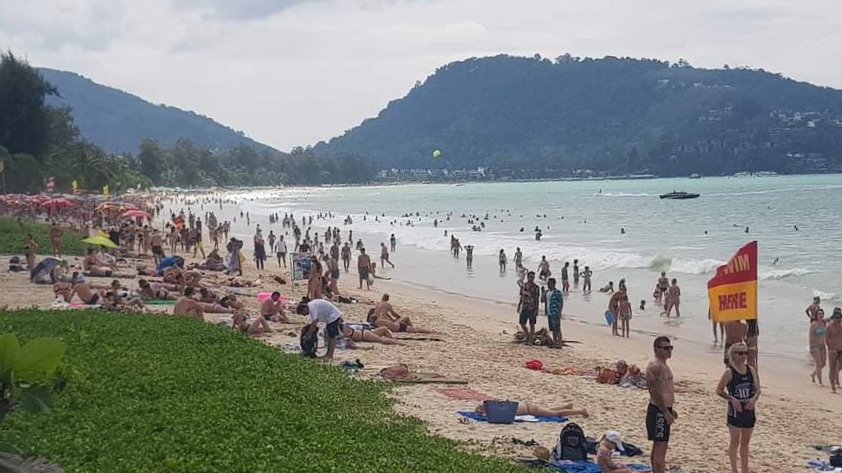 Smaller hotels remain shuttered in Phuket, despite a surge of tourist numbers arriving over the past month as the island enters into its high season.

For the past two weeks the arrival numbers have settled into a daily pattern of 9,000 – 10,500 passengers through the Phuket International Airport.

But, according to the Phuket Boutique Accommodation Consortium, compared to other provinces, many of Phuket’s smaller hotels not benefitting from the current recovery of island tourism.

“About half of the 400 small hotel members of the consortium folded and their properties were seized by their creditors, while some other hotels are fighting their cases in court”, says Pimpisaporn Techauppathamkul, VP of the PBAC.

Many of Phuket’s smaller ‘mum and dad’, family hotels suffer from a shortage of funds to renovate or repair the premises, left unoccupied since April 2020 and throughout the Covid pandemic. Banks remain reluctant to approve new borrowing until they repay their old loans.

Left unventilated, rooms in the sector succumbed to mould, humidity and rust, meaning TVs, mattresses, carpets and curtains were destroyed and need to be replaced.

“Small hotels have received little help from the state, because many operate without a license, due to the restrictions in the environment law, which make it difficult to get a license.”

She also noted that the current tourist mix is causing a few issues with geo-politics being brought to the island.

“Tourists from some European countries will avoid those from Russia, because they oppose the war in Ukraine, and the Russian tourists themselves have problems with their currency.”

Over the past month, more Russian travellers have arrived in Phuket than the 2nd, 3rd, 4th and 5th nationalities combined. 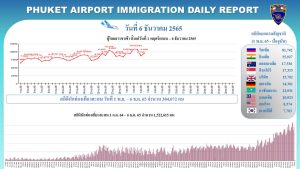 Tourists from Russia, India, Kazakhstan, Malaysia, Singapore and Middle Eastern countries are now replacing Chinese tourists, who are yet to return Phuket in the same lager numbers seen before the pandemic.

In this article:arrivals in Phuket, Phuket airport arrivals, Phuket immigration, Russian tourism to Thailand, Russians in Phuket, tourism in Phuket