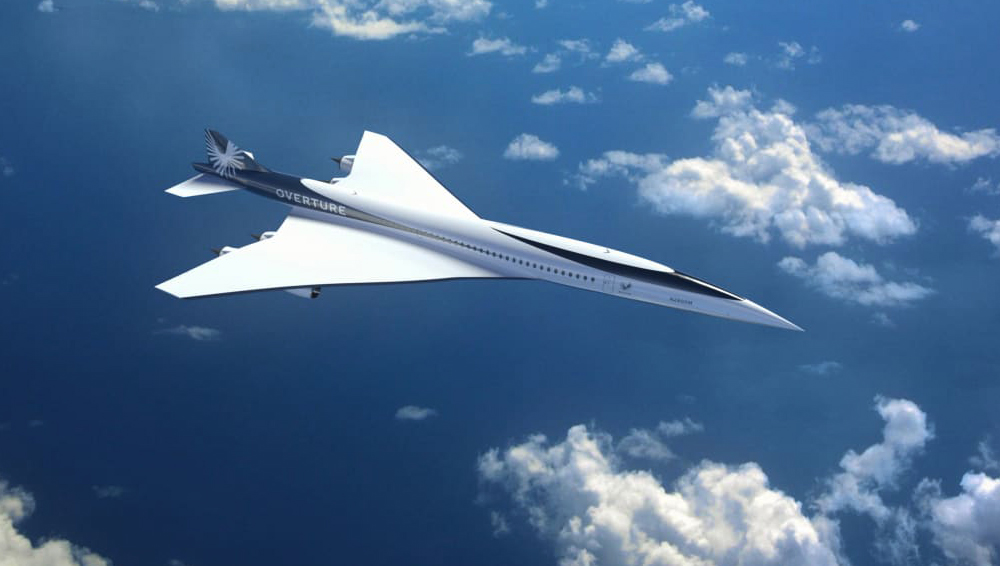 The first passenger flight in a sustainably safe modern jetliner happened in December 1957* but, here we are, 65 years later, and not a lot has changed in the way of the basics of air travel. The planes are much the same design, the ticket prices have fallen but the experience of sitting in one of these modern travel marvels has become much less enjoyable – more an experience of endurance these days.

*we acknowledge that the de Havilland Comet was the first commercial jetliner but it was beset with some crucial design flaws that saw three Comets crash within a one year period.

The Overture might change that. But first, back to the start…

The venerable Boeing 707 introduced us to the standard 3+3, single aisle seating experience. Not much has changed inside the cabin for us humble passengers, just the seats have got a lot closer together!

Since these first commercial jetliners took to the skies, cheap and powerful computers have become commonplace, carbon fibre has made things lighter and stronger. Design and testing can all happen in virtual computer space, testing thousands of variables in minutes. Microchips and advanced electronics have made planes more reliable and less clogged with cabling. Jet engines have become much quieter and fuel efficient.

And then there’s airline food, a topic that deserves its own place in aviation hell.

In the middle of this journey, were two key milestones for us earth-bound hopefuls. The first was the taking off of a huge behemoth – the cumbersome but curiously sleek Boeing 747, aka. the Jumbo Jet. It would bring trans-continental flight costs down so that many more people could fly cheaper, and longer flights. And they did.

The second was the supersonic revolution – the Concorde. It was the natural progression of the jet age, a faster journey. The design and engineering was almost as amazing and out-of-this-world as the flights to the moon (which happened in the same year as the Concorde’s first flight). The French/English consortium, which conceived and funded the project, with the help of the French and British governments, would eventually spawn the Airbus company, now the largest manufacturer of the planes we fly in. 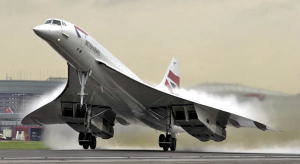 The design of the Concorde was daring but beautiful from every angle. Every aspect of the design and engineering was worked out on paper or with the aid of a slide-rule. It cost far more than originally budgeted and ended up a commercial failure. It flew around 2.3 times faster than all other jets at the time and flew so high passengers could experience seeing the curvature of the earth.

It also had an enviable safety record with only one fatal crash in 2000. The crash was found to be the result of the Air France Concorde sucking a part off the runway from another plane into its engines during take off, causing a fire as the plane limped off from the Charles de Gaulle airport runway. The final passenger flight for the Concorde was in 2003. Even in its later years, the Concorde remained a loss-maker for British Airways and Air France, the only airlines that ever really made a go of commercialising the supersonic jets. But they survived by making Concorde the plane-of-choice for the hip and monied jet set of the 70s, 80s and 90s.

The end of the supersonic era. Not quite. Nearly two decades later there are now a few companies realistically tackling supersonic flight that may, again, bring faster-than-sound flight to the masses, albeit the masses who can afford business class-level seat costs.

Out of a short list of real players in the new supersonic jet space, Colorado-based start up Boom Supersonic stands out. They are taking some major leaps forward in the ultimate quest to make commercially-viable supersonic flying a reality again.

Nearly two years after rolling out the prototype supersonic demonstrator, the XB1, “Baby Boom” has done everything except actually fly. The first test flights of the preliminary tri-jet design are scheduled for later this year.

Now, as Boom march forward towards a working passenger jet-liner, it has unveiled the Overture airliner during a press conference at the Farnborough Air Show this week. The developments of the design show that it now has a contoured body shape, an extra engine (two under each delta wing) and seating for up to 85. The Concorde could seat up to 120.

Unlike a lot of other supersonic start-ups, the Boom project is producing results, and real planes for testing and development. Boom has attracted investment and orders from United Airlines and Japan Airlines. United have put orders in for 15 of the new supersonic jets; Japan Airlines for options to purchase 20 aircraft. Virgin also has options for 10 aircraft.

When will we see the Boom Overture fly? Or when can we expect to be able to fly in an Overture from New York to London in three and a half hours? Although we have had the usual optimistic estimates of “2026”, it is probably realistic to assume an end-of-decade date for the first passenger flights.

Certainly the ‘wonder’ of flight has vanished with the current crop of airlines now run by accountants.  Whilst the cost of flight tickets (putting aside the current surge because of THAT virus and increased fuel costs) has dropped a lot since the early days, allowing almost anyone to fly across the word for holidays or business, the experience is much diminished.

The executives and share-holders want as many seats in a plane as possible. The means your seat has become smaller and barely survivable for more than a few hours in the air.

Planes are turned around at airports in minutes rather than hours, putting additional pressure on airport and airline staff. Pilots are working longer hours for less. With financial margins trimmed to the bone, the current challenges have made the post-Covid industry impossible to sustainably restart – the results have thrown this years’ northern hemisphere summer holidays into disarray with cancellations and delays at levels we’ve rarely experienced before.

Will the Boom Overture be the start of a new era in the jet age – a modern take on the dream of flying long distances in relative comfort?

Let’s hope we find out soon.