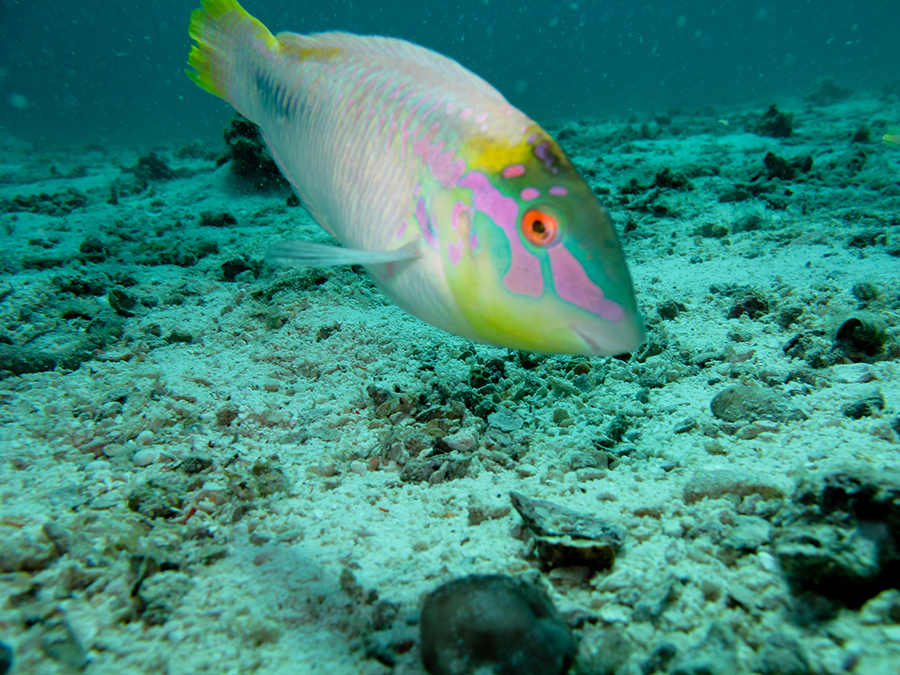 A foreign national who sparked outrage on social media over a video of him illegally catching parrotfish has apologised for his actions. The as-yet-unnamed foreigner took to social media once again to say he didn’t realise what he was doing was illegal.

“Everyone please understand me. I am a fish catching expert who catches fish with equipment. I go around the world to catch fish. I was not the only one in the group as is shown in the photo about the incident. I am very sorry for what I have done. I did not know. I thought I could catch fish because I have seen this parrotfish in markets.”

The video of the incident first appeared on TikTok and was then shared on the popular Mor Lab Panda Facebook page, sending some Thai netizens into meltdown. National Park officials have confirmed the incident took place at the Hat Noppharat Thara-Mu Ko Phi Phi National Park, where marine life, including parrotfish, is protected.

According to the Phuket Express report, Thai social media users are being slow to forgive, dismissing the man’s apology and saying he should hand himself in. There have also been calls for other passengers on the boat, as well as the boat driver, to be held accountable. Police have confirmed they still wish to speak to the tourist fisherman but it’s not known if he is still in Thailand.

Despite their endangered status, parrotfish can be found for sale at a number of department stores and markets across Thailand. For years, environmentalists have been campaigning for a ban on the sale of the fish. In 2014, environmental lobbyists Reef Guardian Thailand called on department stores to stop selling parrotfish, prompting some, but not all, to agree to end the practice.