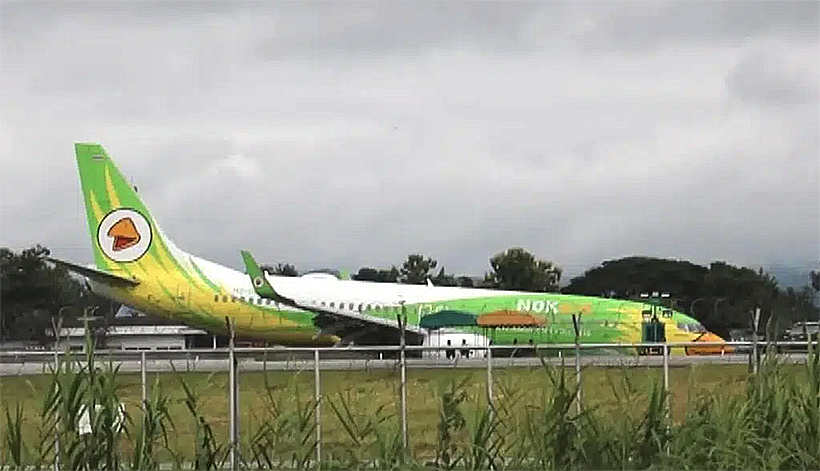 Chiang Rai airport has been forced to close for 4 days after a Nok Air plane skidded off the runway at the weekend. The incident happened as the aircraft was attempting to land in heavy rain at around 9.00pm on Saturday night. An earlier announcement from airport bosses stated that the facility would be closed until yesterday. But this has since been extended until Wednesday, according to a Nation Thailand report.

It’s understood that workers at Chiang Rai airport, officially known as Mae Fah Luang International Airport, need more time to remove the Nok Air aircraft from its resting stop near the runway. The flight, a Boeing 737-800 flight number DD108, had taken off from Bangkok’s Don Mueang airport around an hour before and was carrying 164 people, including 6 crew.

There were no injuries, but many complaints over how long it took to evacuate the aircraft following the incident. Some passengers also complained about a lack of food or water and being kept waiting on board with no air-conditioning. Nok Air have contradicted the claims, saying passengers were well cared for.