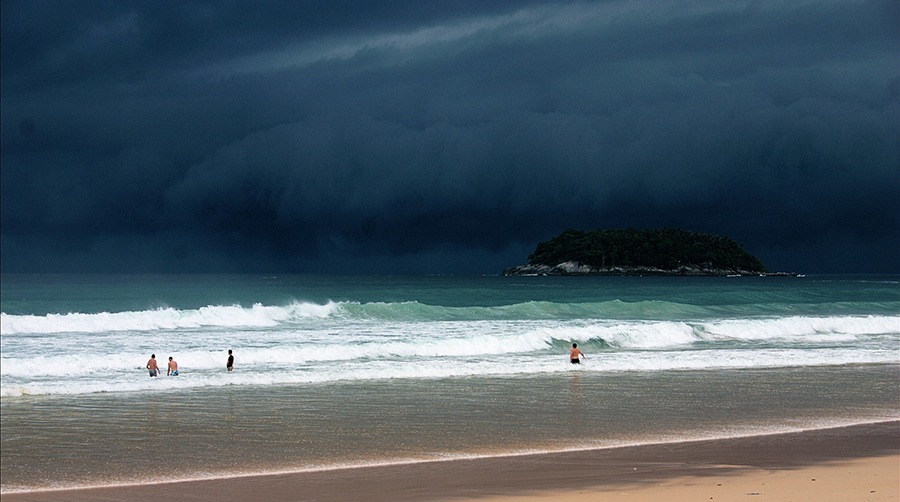 The Thai Meteorological Department has issued a warning of heavy rain with strong winds for much of Thailand, and waves 2 – 3 metres high in the Andaman Sea. Bangkok residents have been warned of the risk of flooding and waterways overflowing, in addition to potential flash floods at the base of mountainous areas in some parts of the country. The warning is in effect today and tomorrow.

In Southeast Asia, Jakarta and Bangkok are sinking the fastest out of all the capital cities. In fact, Bangkok, located a mere average of .5–2 metres above sea level, is sinking at a rate of 2–3 centimetres each year, and has done so for the past 4 decades. It is predicted that a large part of the capital city will be underwater by 2030, 2050.

The TMD is advising boats to be careful with predicted strong winds and rough sea conditions in the Gulf of Thailand and the Andaman Sea. In addition, residents living near mountain bases or waterways are advised to exercise caution and be aware of possible landslides.

The current conditions are the result of the monsoon trough over the north and north-east regions, the south-westerly monsoon in the Andaman and Gulf, and an intensifying low-pressure cell over the South China Sea.

You can see the weather.com outlook, in real time, for Phuket on the home page of phuket-GO.com.

A full list of the affected provinces can be found on the website of the Thai Meteorological Department.

To find out more about Thailand and Phuket’s monsoon seasons, click HERE.