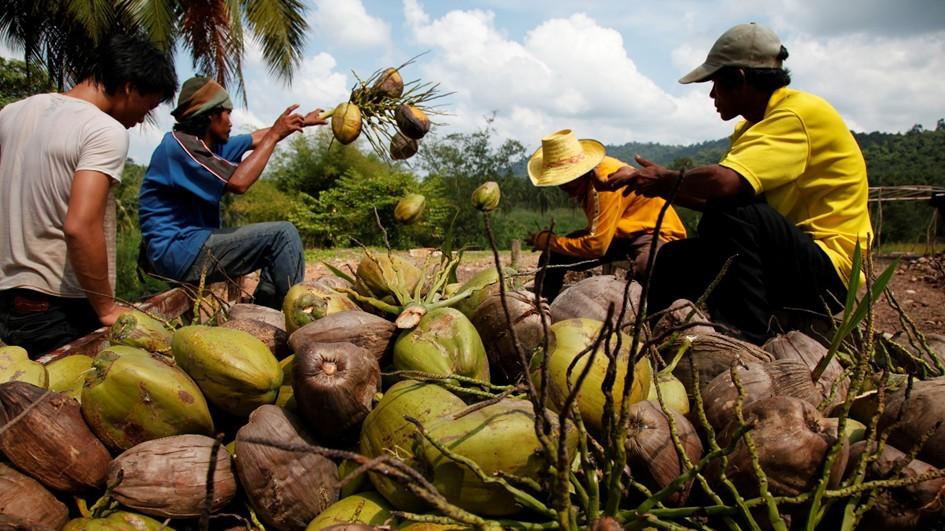 The government has conferred certificates on 2 coconut plantations in western and central Thailand, in recognition of their monkey-free harvesting practices. The certificates are being handed out by the Department of Agriculture after an international animal rights group shown a spotlight on alleged cruelty in Thailand’s coconut industry.

A series of investigations carried out by People for the Ethical Treatment of Animals highlighted the abuse of captive monkeys forced to work in Thailand’s coconut trade. PETA’s 2020 report claimed Thai farmers kept captive monkeys on chains and used them to climb tall trees and recover coconuts. In response, British supermarkets refused to stock coconut milk from Thailand.

With pressure from animal lovers around the world threatening to damage the country’s coconut industry, Thailand’s Department of Agriculture was forced to act. Following an online meeting with the International Coconut Community, officials announced that the principles of Good Agricultural Practice would be applied to the industry. The department launched its “GAP Monkey-Free Plus” programme soon after.

Rapeepat says any coconut farmers who wish to join the monkey-free programme can do so by visiting the closest branch of the department’s Agricultural Research and Development Centre. They will be visited by officials who will inspect their growing and harvesting process. Once awarded the monkey-free certification, this can be displayed on all their coconut-based products.

Nation Thailand reports that in 2021, Thailand exported over 236 billion tons of coconut milk, worth 12.8 billion baht. Thailand currently has the largest market share of coconut milk products in the US and Europe.