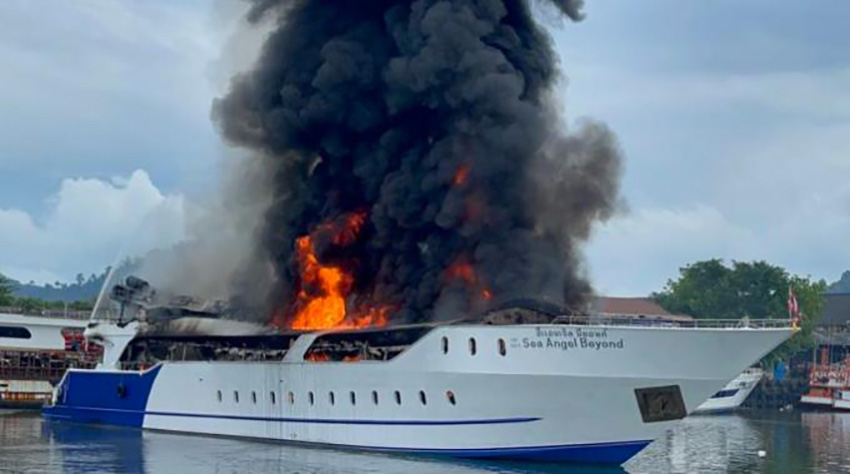 A fire that broke out on a ferry moored at Koh Sirae, east of Phuket Town, has caused damages of around 10 million baht. The fire broke out at the front of the Sea Angel Beyond on Sunday morning, quickly spreading to the back. There were no passengers on board at the time and no injuries have been reported.

The Phuket Express reports that the owner of the vessel, Nikorn Tormaitree, says workers were cleaning the pier when they noticed smoke pouring from the vessel. The authorities were notified at around 6am and rescue workers arrived to find the vessel heavily ablaze. It’s understood it took around an hour to fully extinguish the flames.

An official investigation has been launched to determine the cause of the fire, but it is thought to have started accidentally, possibly due to an electrical short circuit. Meanwhile, damages have been estimated at 10 million baht.

Videos of the fire have gone viral on social media.

The ferry has a capacity of 490. It had recently had work carried out and was due to be used to transfer passengers between Phuket and Koh Phi Phi, although no schedule had yet been confirmed.