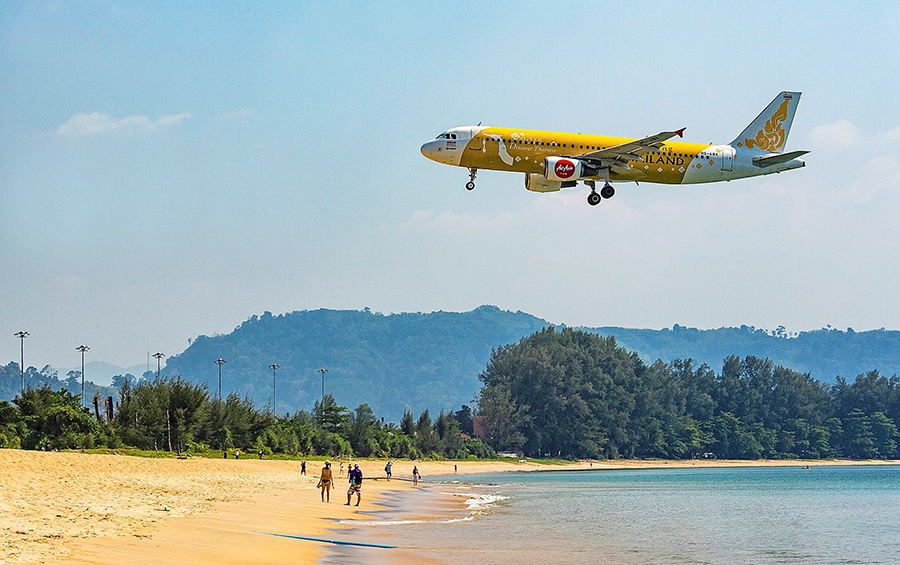 The number of international flights to Phuket is on the increase, following Vietnam Airlines’ inaugural direct flight from Ho Chi Minh City with Viet Jet last week and the return of Firefly flights from Penang late last month.

TTR Weekly reports that the Vietnam Airlines flight will operate twice a week, on Thursdays and Saturdays, departing HCMC at 10am. It’s hoped the flight will lead to an increase in tourism from Vietnam, following the 2 year Covid-19 break and border restrictions both at the Vietnamese and Thai end.

Meanwhile, Firefly’s service connecting Phuket with the Malaysian island of Penang is operating 4 times a week, on Monday, Wednesday, Friday and Saturdays. Other carriers re-introducing services to Phuket this month include Batik Air, flying from Kuala Lumpur. The carrier was formerly known as Malindo Air, a Malaysian-based low-cost airline.

The big Middle Eastern airlines also continue to serve Phuket with Emirates, Etihad and Qatar all operating direct flights from Dubai, Abu Dhabi and Doha respectively. The routes are popular with tourists connecting from European countries.