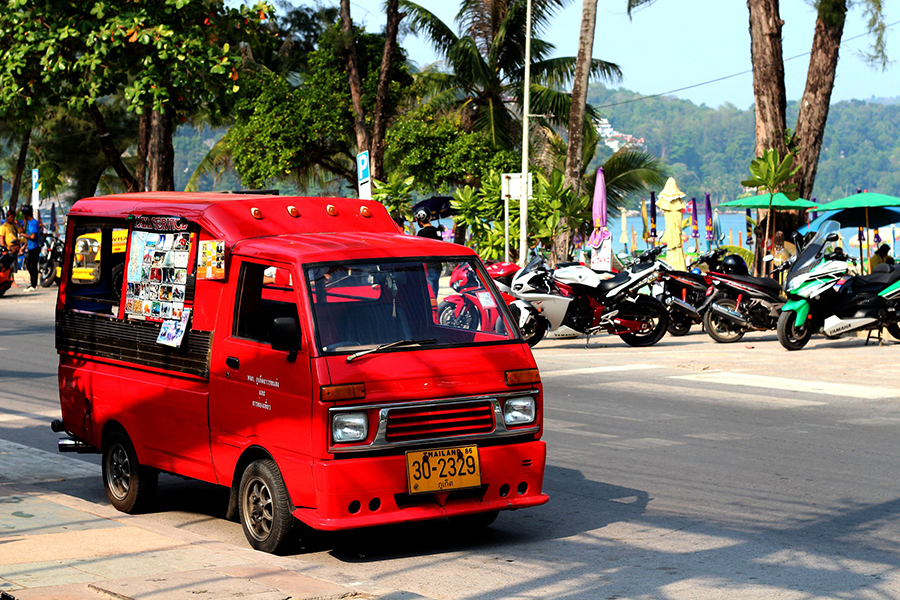 Officials in Phuket have held a meeting with a group of Patong taxi drivers after a notice was posted warning drivers from outside the area about picking up passengers. Officers from Patong Police and officials from the provincial Land Transport Office met with the taxi drivers over the incident.

The drivers had allegedly posted a notice “warning” other drivers about “stealing” customers. It’s understood several copies of the notice were posted in front of a hotel in the Kalim Beach area, on the northern outskirts of Patong. The notice, which warned drivers not stationed in the area to stop picking up passengers there, went viral on social media, prompting complaints from netizens.

Taxi and tuk tuk ‘gangs’ are notorious, particularly in and around Patong and other west coast tourist spots, in defending their perceived ‘turf’. From a legal standpoint, there are no such zones where one taxi group can operate and another not – the warnings are purely part of the system of bullying and extortion that is part of the taxi operator’s culture in Phuket.

The Phuket Express reports that social media users called on officials to investigate the drivers responsible, fearing the notice would cause more problems and damage the island’s tourism sector, which is still very much in recovery mode following the Covid-19 pandemic.

Following the meeting between the officials and the Patong taxi drivers, Poom Semworanon, chief of Patong Police, has described the whole thing as a “misunderstanding”.

“Taxi drivers told us that they are worried about unregistered taxi drivers, or as they call them ‘Black Number Plates’ who are picking up customers. There were some misunderstandings. They did not mean to stop registered ‘legal’ taxi drivers. However, we have told them to be good hosts to welcome tourists and give them good taxi service.”