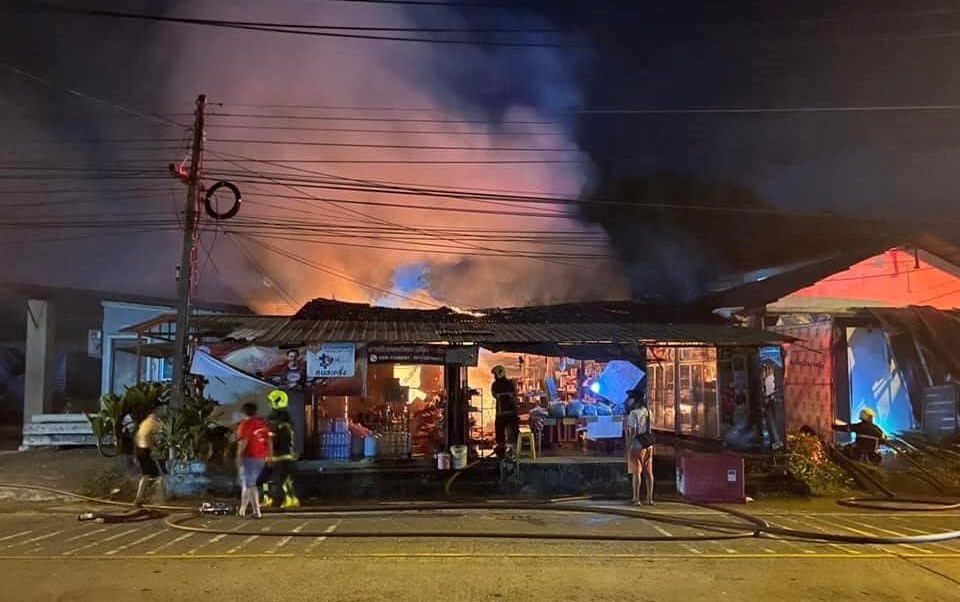 A Phuket grocery store has been destroyed after a fire broke out, alarming nearby residents. No injuries have been reported in the blaze, which broke out at the shop on Ream Pattana Road in the sub-district of Rassada, on Phuket’s east coast near Phuket Town.

The Phuket Express reports that the blaze broke out on Sunday evening, with firefighters alerted at around 7.40pm. A total of 5 fire engines arrived at the scene, to find the shop heavily ablaze. According to the report, it took firefighters around an hour to extinguish the blaze, with the wooden building totally destroyed. The cost of damages is not yet known.

Phuket Governor Narong Woonciew also visited the scene, where workers from the Phuket Electricity Authority had cut the power supply for safety reasons. The findings of an investigation being carried out by the Phuket Forensic Police have yet to confirmed, but it’s believed the fire was started by an electrical short circuit.

Last month, another Rassada property was also destroyed by fire. There were no casualties in the fire at the family home. The cost of damages is believed to be around 50,000 baht.

In this article:fire, fire in Rassada, Phuket, Phuket fire, Rassada