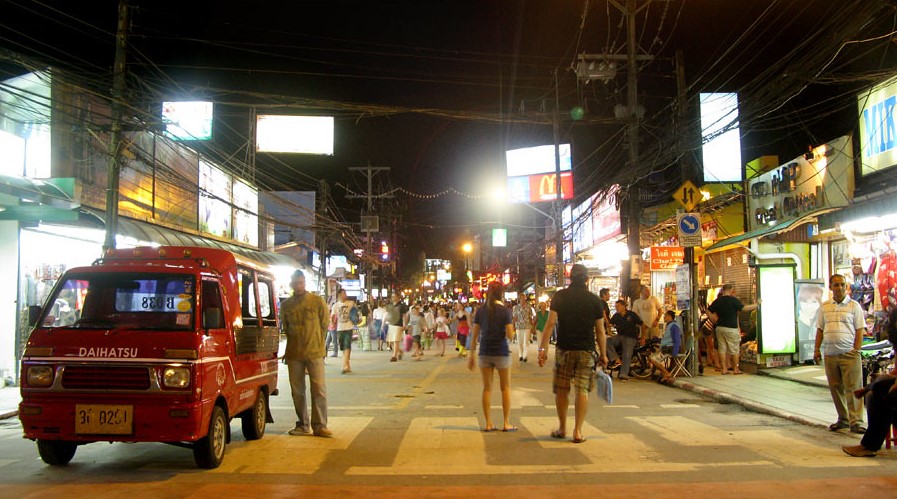 Thailand’s tourism minister says if an extension to nightlife operating hours is approved for Phuket, it’s likely it will only apply to Bangla Road in Patong. In fact it’s probably the only area in Thailand being considered for 4am closing times at the moment.

The issue of extending the opening hours of bars and clubs has gone back and forth for some time now, with tourism representatives very much in favour and others – particularly those with an aversion to alcohol – firmly against.

As it stands, the proposal is to extend closing time from the current legal time of 2am to 4am. It had been suggested that the new hours could apply to several so-called “tourist” zones of Phuket.

However, Tourism Minister Phiphat Ratchakitprakarn now says that if approved, the proposal will only apply to businesses on the ever-popular Bangla Road in Patong. His ministry is hoping the proposal will finally gain Cabinet approval at a meeting later today.

The discussions on the extended opening hours come at a time when Thailand’s Covid hospitalisations and deaths are on the increase with a recent surge in Omicron variant cases.

Meanwhile, in the opposing camp, the Alcoholic Beverage Control Committee continues to rail against any attempt to extend the hours for alcohol sales, citing all sorts of alarming statistics (from its own study) that drink-driving incidents would rise by 27% and there would be an additional 10 – 20 road deaths a day if the extended hours are approved. Scary stuff.

The Bangkok Post reports that Phiphat is still pushing ahead, saying his ministry only needs 6 months to prove the new hours have boosted revenue by 25%. He says if the extended operating hours are a success on Bangla Road, the policy should apply to other areas too.

The tourism minister is pushing for the extended hours on the back of various studies carried out on Bangla Road, which show that foreign tourists spend the most money later at night.

Phiphat says he understands the Public Health Ministry has concerns about extending opening hours but points out that Thailand’s tourism industry still needs help and is facing tough competition from other destinations.

In reality, there are already many pubs and clubs that remain open well past the ‘official’ closing times with local officials being ‘encouraged’ to turn a blind eye.